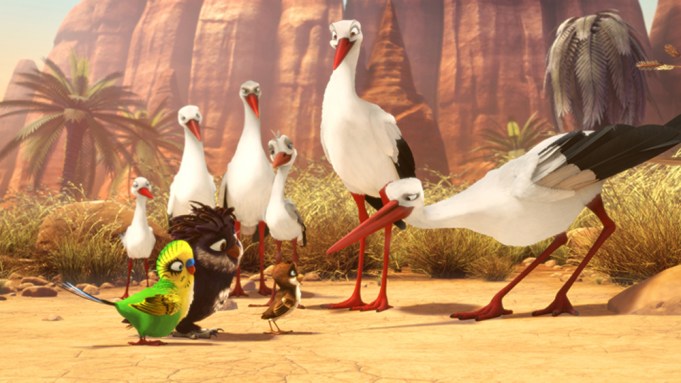 Sales company Global Screen will host the market premiere for 3D animated movie “Richard the Stork” at AFM, and Variety has been given exclusive access to the teaser.

The film is directed by Toby Genkel and Reza Memari, and produced by Kristine Knudsen and Emely Christians, whose previous animation movie “Ooops! Noah is Gone…” Global Screen sold-out worldwide. It is co-produced by Eric Goossens and Anton Robben, as well as Stephan Roelants.

“Richard the Stork” tells the story of “little sparrow Richard, who is adopted by and grows up with a stork family, convinced he is himself a stork,” according to a statement.

“Problems arise when the storks, as migratory birds, leave for Africa to spend the winter. He wants to go too, and starts hitchhiking through Europe, by bus, train and boat, joined by an eccentric owl and a narcissistic, disco-singing parakeet to prove to his stork family that he’s a stork.”