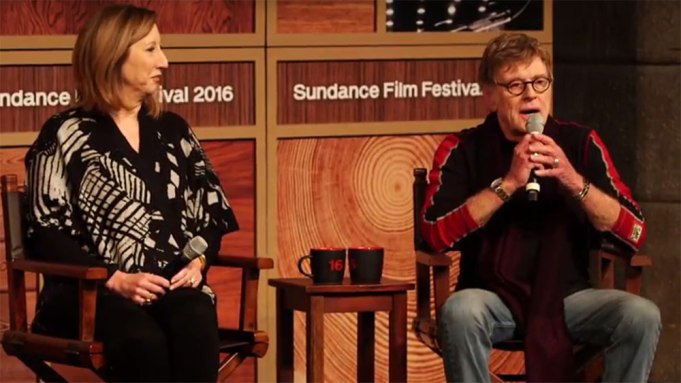 If you can’t be in chilly Park City, Utah, for the Sundance Film Festival opening press conference, don’t worry — you can watch a live stream of all the action here.

Discussing the philosophy of Sundance, Redford said the point of the fest has always been to discover “new voices.” The slate backs up this claim: of the 123 features at this year’s Sundance, 49 come from first-time filmmakers.

Speaking on the nonfiction portion of Sundance, Redford said he’s always wanted to “elevate documentaries and see they are much closer to narrative films.”

Redford also touched on diversity, a hot topic in the wake of Oscar’s all-white acting nominees for 2016. “Diversity comes out of the word independence,” he said.

Sundance 2016 will run through Jan. 31. Some of the most highly anticipated movies of the fest include Nate Parker’s “The Birth of a Nation,” Kenneth Lonergan’s “Manchester by the Sea” starring Casey Affleck and Michelle Williams, Kim A. Snyder’s Sandy Hook documentary “Newtown” and “Swiss Army Man” starring Daniel Radcliffe and Paul Dano.