Venice: Still Moving Acquires Ala Eddine Slim’s ‘The Last of Us’ (EXCLUSIVE) 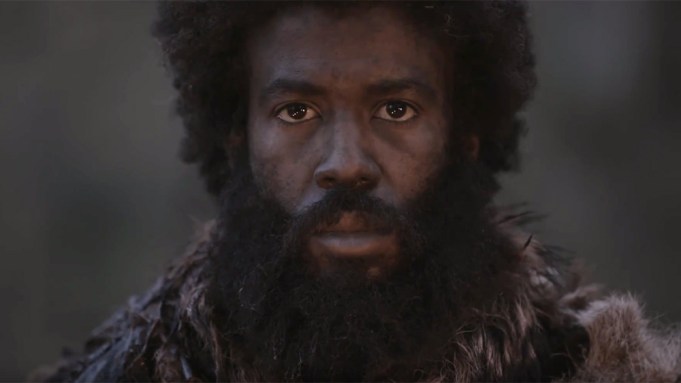 Paris-based Still Moving, headed by Pierre Menahem and Juliette Lepoutre, has acquired world sales rights to “The Last of Us,” the tale of an immigrant’s voyage towards Europe which marks the first feature of Tunisia’s Ala Eddine Slim.

“The Last of Us” will world premiere early next week at Venice’s International Film Critics’ Week, as one of the seven first features in competition.

With no dialogue, “The Last of Us” tracks a Sub-Saharan man through the desert to North Africa where he steals a boat. When it breaks down, he begins an imaginary surrealistic odyssey where he meets an older man, who might be an altered version himself, and, in a wild landscape, rediscovers his relationship with primary nature, according to the film’s synopsis.

“A philosophical fable on being lost,” according to Giona Nazzaro, Venice Critics’ Week artistic director, “The Last of Us” works as “a metaphysical thriller of survival, a poetic humanistic fable, and ultimately as a strong political statement on the world refugee crisis that we are currently going through,” Still Moving’s Menahem added.

With a background in documentary and shorts – “Autumn,” “The Stadium” – and video art, Slim was one of the three directors of “Babylon,” a 2012 Grand Prize winner at the FID Marseille festival.

“The Last of Us’ is a sequel to my previous films, continuing their research into … the problems of borders, imaginary territories, contemporary solitude, vagrancy, the issues of crossing and human nature in all its facets,” said Slim.

He added: “The problem of illegal sea crossings has existed for many years. There are those who go missing and whose bodies are never found. The lead character in ‘The Last of Us’ is a missing body.”

“The Last of Us” received financial support for post-production from the Hubert Bals Fund, Doha Film Institute, the Arab Fund for Arts and Culture (AFAC) and Abu Dhabi film fund SANAD.

Jawher Soudani, better known as VaJo, a multidisciplinary Tunisian artist, makes his acting debut playing the lead. The film’s cinematographer is Amine Messadi, who has worked with Abderahmane Sissako and Nabil Avouch. “The Last of Us” was selected for Marseille’s FID Lab pix-in-post screenings where it won a Video de Poche Award.