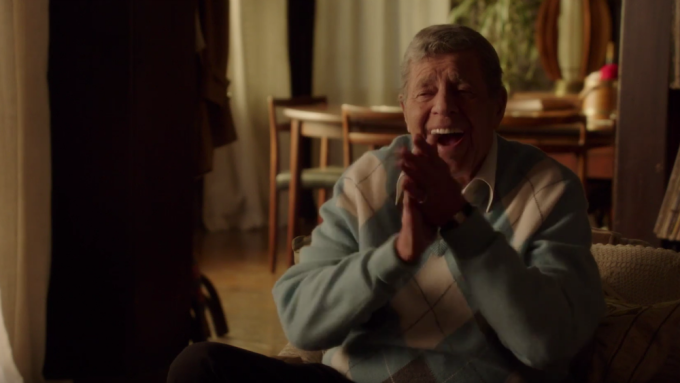 “Sharing love — it’s more important that anything.” So says a decidedly tamped-down Jerry Lewis, who wistfully dominates the trailer for indie drama “Max Rose,” which he stars in as a 90-year-old jazz pianist.

“They all start out with a slap on the ass, and then we end up jealous old men wishing we had what the other guy’s got” his character muses at one point.

The film debuted in 2013 at the Cannes Film Festival and centers on Max Rose (Lewis) discovering that his late wife — “I can’t even remember my life without her” — had another man in her life and trying to figure out who he is. Kevin Pollak, Kerry Bishé, Dean Stockwell, Fred Willard and Claire Bloom also star.

“Max Rose” is directed by American filmmaker Daniel Noah from his own script. Paladin and Lightstream Pictures will release the film in select theaters on Sept. 2 with a nationwide theatrical expansion throughout September and October.