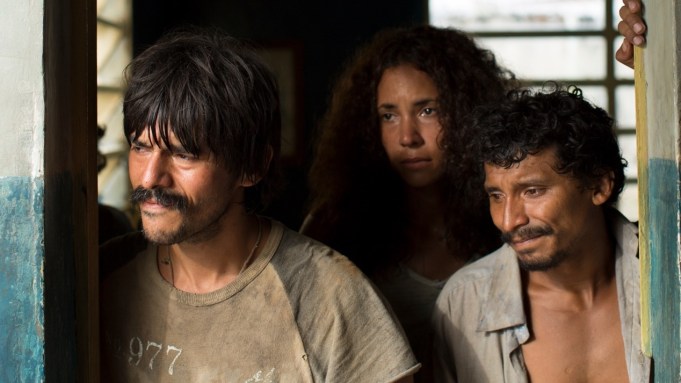 Venezuelan Rober Calzadilla’s feature debut “El Amparo” world premieres Thursday Sept. 15 as Washington’s AFI Latam Festival opener. It then segues to compete at Horizontes Latinos in San Sebastian, where it screened in 2013 as “Sobrevivientes” in the fest’s Films in Progress section.

The film is inspired by a true event, Venezuela’s 1988 El Amparo Massacre, when soldiers and special force police killed 14 fishermen, alleging that they were guerrilla operatives.

For Sandro Fiorin’s FiGa Films, the leading Latin American artfilm sales house, “El Amparo” represents one of its biggest bets for second half 2016.

Initially a stage play called “29.10.88,” written by Calzadilla’s friend, Venezuelan playwright Karin Valecillos, following the fate of the outrage’s two survivors. “El Amparo” aims to bring new attention to the slaughter – as well as the impunity of the powerful.

Despite the country’s economic and political turmoil, the Venezuelan film sector continues making movies, in some cases at a frantic pace, as is seen in the case of the couple formed by producers Marianela Illas and Ruben Sierra, who boasting a strong film presence this year at San Sebastian.

“Last year was difficult economically for Venezuela and film has also been affected. The economic crisis and the steep inflation have made producing in Venezuela a tough challenge, because, although the national film institute CNAC is still willing to fund films, we have seen a contraction in what this funding can cover,” said Ruben Sierra Salles.

“Producers like us have been forced to design production methods that seek to overcome this situation without sacrificing production values and creative freedom,” Illas added.

She went on: “Normally, one budgets and looks for money until one gets it, through national and international financing. In our case, with the movies we have filmed in recent years, we have had to make a more demanding job of logistics and artistic planning, working very closely with directors and creative teams to make more accurate decisions without this factor be limiting.”

Sierra Salles has just wrapped his feature film helming debut, “Jazmines en Lidice,” a choral drama about mothers who have lost their sons, which, like “El Amparo,” is based in a stage play penned by Valecillos.

“There is a new breed of very interesting new playwrights. Although Venezuela did not have a very strong presence in film festivals during the last decade, the Venezuelan tradition of dialogue drama suddenly began to capture our attention,” Sierra Salles said.

The Venezuelan helmer-producer is reprising his Caracas-set solitude-themed drama project “Lucia,” selected in 2010 for the Cannes Cinefondation Atelier confab in Cannes, which received the support of Rotterdam’s Hubert Bals Fund, the Amiens Festival and Ibermedia.

According to Illas, “Venezuela has a minority co-production fund that can provide funding contributions between 10% and 20% of a film’s total budget,” aimed to lure the interest of international co-producers.

“Beyond that, (Venezuela’s) talent is increasingly highlighted by Latin American and international productions. A lot of technicians work regularly in Colombia, Central America and the Caribbean, and we have a very interesting sound mixing infrastructure, used by films such as ‘El Amparo’ and (Colombian Ciro Guerra’s) ‘The Embrace of the Serpent,’ among others,” she added.