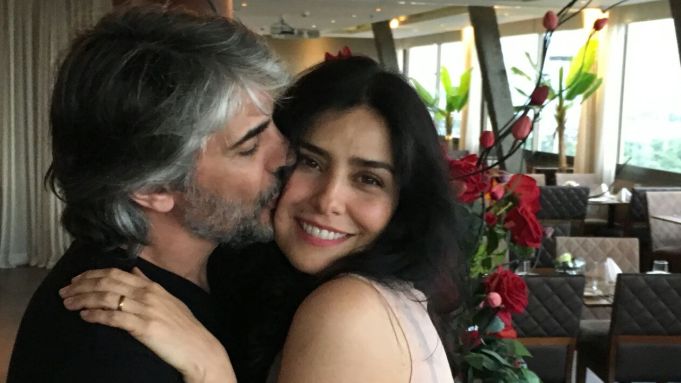 BUENOS AIRES — Rio de Janeiro’s Urca Filmes and Buenos Aires’ Haddock Films present on Dec. 1 at Ventana Sur a first teaser from “Happy Hour,” a pioneering attempt to crack one of the unsolved puzzles of Latin American markets: How to create Latin American movies that catch fire in both Brazil and Argentina, huge neighbours and two of the three biggest box office territories in the region.

“Happy Hour’s” teaser suggests some of the solutions that Urca and Haddock, producer of Juan Jose Campanella’s Oscar-winning “The Secret in Their Eyes,” have brought to the table. Directed by Brazil’s Eduardo Albergaria (“Ed Mort”), “Happy Hour” casts Argentina’s Pablo Echarri, a longterm star of telenovelas and significant movie titles – he has a memorable turn in the recent “At the End of the Tunnel,” produced by Haddock  – as an Argentine lit professor living in Rio and married to a Brazilian political activist, played by Brazil’s Leticia Sabatella, star of some of Globo’s biggest novelas, such as “El Clon” and “Caminho das Indias.”

That’s not the only play that “Happy Hour” makes for the box office of both countries. Written by Albergalia, Brazil’s Carlos Thiré (adapting his legit work of the same name), Argentina’s Ana Cohan and Fernando Velasco, “Happy Hour’s” teaser kicks in with Echarri’s professor, Horacio di Pietro, proclaiming that life is a “mysterious mixture of chance, fate and character” just as a man falls from a balcony high above him, crashing onto the bonnet of his car. The fortuitous event has huge consequences for Horacio’s life, including his rocky relationship with his wife.

“Happy Hour” focuses most, however, on character. Horacio is twice-over a fish-out-of-water: an Argentine in Brazil, and someone who believes he should always tell the truth. When he confesses he has the hots for a student, his wife doesn’t take it quite as well as he hopes, if Sabatella’s wowser slap at the end the teaser is anything to go by.

Horacio’s story is that “of a man in any city but more than  a man, a foreigner,” he muses in the teaser. More than anything he is a stranger to hypocrisy, the white lie. This turns “Happy Hour” into a dramedy of manners, made out of two countries, Brazil and Argentina, where such movies, though often far broader comedies, have sometimes minted gold-dust at national cinema theaters.

“This is a film about the cost of always telling the truth,”  “Happy Hour’s” Brazilian producer Leonardo Edde at Urca Filmes said at Ventana Sur,.

Both Alejandro Cacetta, president of Argentina’s INCAA film institute, and Manoel Rangel, executive director of ANCINE, its Brazilian state agency counterpart, will attend Thursday’s “Happy Hour” teaser presentation at Ventana Sur. They have good cause. “Happy Hour” was one of the first projects to tap coin from a Brazil-Argentina bilateral co-production fund launched in 2010. That fund has been instrumental is ratcheting up Brazil-Argentina co-production levels from three movies from 2005 to 2009 to 13 since 2010.

That number is no more, however, than Brazilian co-productions with France. Bar isolated titles – Ricardo Darin-starrer “Truman,” for instance – the Brazil-Argentina bi-market still has to be cracked. At stake for Brazil and Argentina is a combined market which, even in U.S. dollar terms for 2015, would be worth am aggregate $943.5 million, according to European Audiovisual Observatory stats, making the ninth biggest film market in the world, coming up on Germany ($1.29 billion) when currency market blow in Latin America’s favor. And Brazil and Argentina’s film industries regularly take 12%-18% of their local markets.

There are other reasons for forging a Brazil-Argentina axis. Currently, Euro-peso rates make it increasingly difficult for Argentina to co-produce with Europe, said Vanessa Ragone, who produces “Happy Hour” for Haddock Films. Though she still makes Argentine-Spain co-productions, such as the notable “At the End of the Tunnel,” a heist thriller with multiple latter-half twists, her ambition has always been to build a Latin American industry,  she added.

Much of the financing for that is now in place. Just on its Brazilian side, “Happy Hour” tapped state finance from ANCINE’s Sectorial Audiovisual Fund (FSA), plus equity investments from insurance company Caixa Seguradora and venture capital firm Polo Capital, as well as moneys from Ibermedia, the pan-regional development-production fund.

Latin America’s movie industry challenge is not so much production as distribution, Ragone maintained. “Happy Hour” is now in its last week of principal photography. Its marketing campaign and distribution push start here.