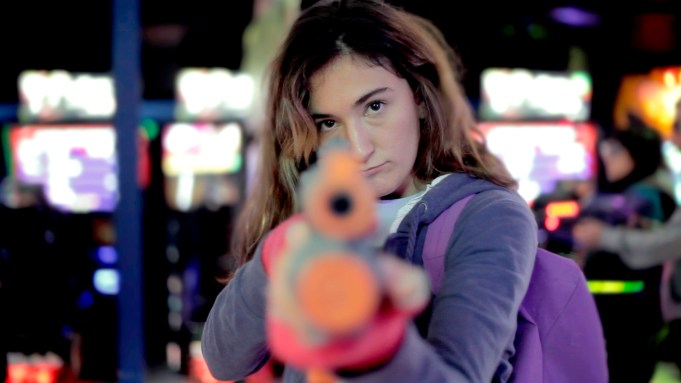 PARIS – Germany-based Patra Spanou is serving as sales-festival agent on “Plants,” the first feature of Chile’s Roberto Doveris that scored the Epicentre Film Award at 2015’s Bafici Fest BAL and a proved a highlight at BAL Goes to Cannes, both Latin American pix-in-post showcases.

Associate-produced by Alicia Scherson (“The Future”), Chile’s best-known distaff director, and produced by Rocio Romero, Doveris’ “Plants” is a sexually souped-up teen psycho-thriller and coming-of-age tale. Written by Doveris, “Plants” stars Argentine singer-songwriter Violeta Castillo as 17-year-old Florencia, who for the first time cares for her own brother, who’s in coma.

Reading that people with her brother’s condition can see, think, and understand, she falls under the spell of a comic book, sci-fi thriller “The Plants,” about plant souls invading human bodies, unleashing their darkest desires. Meanwhile, she explores her own sexuality, meeting strangers via the Internet.

“Plants” melds sexual fantasy, genre – the camera gravitating up to foliage, thunder rumbles, noises of slushing plants, seemingly closing in on Florencia – pop culture — punk music, vidgames, comics, a Santiago de Chile Comic-Con – and a take on life barely above the breadline in a Chilean post-industrial sprawl as it chronicles adolescent angst: Confusion, solitude, heightened perception, fantasies, a sense that very strange things are going down with one’s body and that other people seem to be from an alien planet.

“The comic’s fiction begins to filter throughout the film, which is near to a thriller, with pop elements,” said Doveris, recognizing the influence of Scherson, whose “The Future” tells the tale of other parentless teens left to their own devices.

” ‘Plants’ convinced me with the sensibility of the story, the aesthetics of its images, and the authenticity of its sensuality,” said Spandou, adding she had been in contact with Doveris for years in his function as a producer or producer’s consultant.

Chile has waled off with three Silver Bears in three years at Berlin: best actress for 2013 “Gloria’s” Paulino Garcia, helmed by Sebastian Lelio, and in 2015 a Grand Jury Prize for Pablo Larrain’s “The Club” and the screenplay plaudit for Patricio Guzman’s “The Pearl Button.”

“On this occasion,” however, commented Constanza Arena, executive director of CinemaChile, “a generation of new directors is carving out its path, having already left its mark.”

In Panorama, Alejandro Fernandez Almendras will present “Much Ado About Nothing,” his follow-up to Sundance 2014 Grand Jury Prize winner ‘To Kill a Man.” “Much Ado” segues from Sundance, a rare one-two festival double-combo for a Latin American film. Also playing Panorama is Alex Anwandter’s “Nunca vas a estar solo,” that won two Guadalajara Fest post-production awards. Sales company Latido swooped on Pepa San Martín “Rara” after it screened in rough-cut at San Sebastian’s 2015 Films in Progress. Like “Plants,” “Rara” and “Nunca vas a estar solo” are feature debuts.