Q&A: Why Leonardo DiCaprio Was Excited to Work in Silence on ‘The Revenant’ 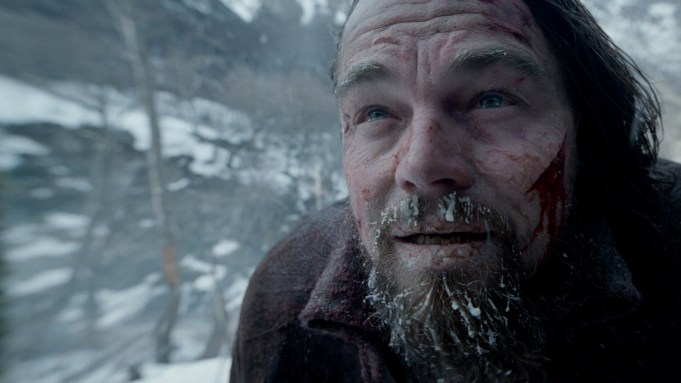 Last week, Leonardo DiCaprio earned his sixth Academy Award nomination, this time for his grueling, almost wordless performance in “The Revenant.” While much has been made of the difficultly of playing frontiersman Hugh Glass in Alejandro G. Inarritu’s film, DiCaprio spoke at Variety’s screening series about how he wouldn’t trade the experience for anything.

What was it that drew you to the project?

It was the attachment of Alejandro to the film. In some respects I think we all knew what we were signing up for. I had seen this script floating around the industry for some while, but logistically it was so hard to execute. And it took a very particular filmmaker. I felt it was going to be like going down the heart of darkness together. And so much of our experience, so many of the things that happened to us while we were there immersing ourselves in the wilderness like this, I think translated into the narrative of the story.

There had to have been days when you said, “What did I sign up for?”

There were so many monumental undertakings in this film; we could talk at great length at the bear sequence, the horse sequence, the bison sequence, the rapids sequence, fighting with Tom Hardy, who is like a bear in his own right. But most of the stuff was so meticulously planned out. We would rehearse all day long, and every single department needed to work like a Swiss watch. It was like creating a small play every day, and doing live theater for an hour and a half in natural light. But sometimes it was just “Glass walks up a hill” — and the bear fur weighs 120 pounds wet, and I’m freezing my ass off, and it became some of the most difficult stuff to do in the movie.

Was conveying anguish with no voice even more difficult than some of the physical stuff?

I knew this was going to be somewhat of a silent performance; that’s part of what was exciting. But more than anything, I think I learned a lot about being an actor on this movie. It has a lot to do with trust. Trusting the people you’re working with, giving yourself over to a unique process, and trusting that if the people you’re working with are committed like Alejandro, you can focus on being in the moment and rely on your instincts and trust the journey.