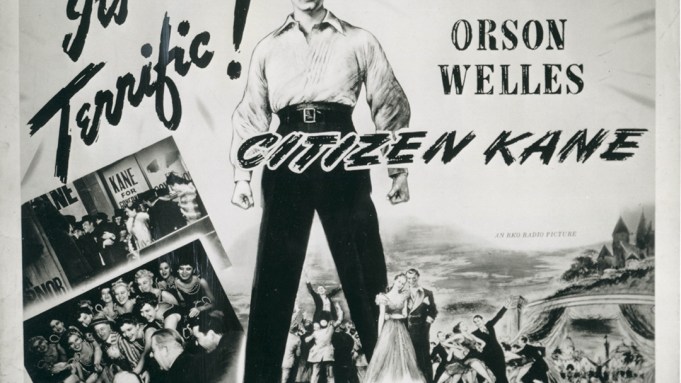 May 1 marks the 75th anniversary of “Citizen Kane,” one of the most admired and influential films of all time. There are clear parallels between the title character and the powerful newspaper baron William Randolph Hearst, who tried to block the film’s release. But “Kane” fans may not be aware of all the other off-camera struggles, including multiple threats of lawsuits and a smear campaign against Orson Welles.

Variety chronicled all the events leading up to the (much-delayed) May 1, 1941, debut, and the struggles that continued afterwards for Welles and distributor RKO.

Jan. 13, 1941: RKO planned the world premiere on Feb. 14. But according to Variety Archives, Hearst threatened a court injunction to prevent the release of “Citizen Kane.” RKO prexy George Schaefer met with Hearst attorneys and the script “was put under a legal microscope” as they searched for anything that might be considered libelous to Hearst. Schaefer said he had given “no serious consideration” to the idea of withholding the film. Even so, Hearst told his 17 newspapers that they were forbidden to mention RKO, outside of ads. Since newspaper ads were the key to marketing a film in those days, this was a serious handicap.

Feb. 26: Instead of ignoring RKO, Hearst decided to shame the company. A European producer named Joseph Ermolieff won a $7,000 decision against RKO; it was a minor court ruling that most newspapers ignored. However, all Hearst papers ran the story on the front page, lambasting both the studio and president Schaefer. In addition, Variety said “Kane” was scheduled to open in two days “but not a single playdate has yet been set for the film. William Randolph Hearst is reported bringing added pressure on the RKO directorate to shelve the film.”

March 12: Welles announced that he would sue RKO to force the film’s release. According to his attorney Arnold Weissberger, Welles’ contract specified that the picture must be released within three months of delivery. (Welles claimed it was delivered Feb. 1, but RKO said it was later.) RKO cancelled press previews of April 7, but vowed the picture would get roadshow engagements within a month in L.A., N.Y. and Chicago. The film would bow in two theaters in each city, “One house to be on a two-a-day reserved-seat policy and the other with continuous runs.”

April 10: The film was so hot that Variety decided not to wait for the official trade review date, and ran a lengthy “film preview” of the movie. The unsigned piece raved that it was a “pictorial masterpiece” and a landmark. The article also added subtle support of RKO, saying the film “could do sensational business if allowed to run its natural course” and that the film was not disrepectful to its central character. The film’s budget was estimated at close to $1 million.

April 16: The official “Citizen Kane” review was even more enthusiastic, hailing it as “triumph.” New York-based reviewer John C. Flinn Sr. correctly predicted that it would inspire other directors to become even more creative.

April 23: RKO began booking dates for the film in major cities. Hearst tried to stir up the American Legion, Veterans of Foreign Wars and other patriotic groups over Welles’ alleged communist leanings. Hearst reps also persistently asked the draft board why Welles hadn’t been inducted into the military. Hearst dailies refused ads for the film and Variety reported “harassment of Welles by Hearst photogs at Palm Springs trying to get ‘personal’ pictures.”

May 28: Orson Welles was classified 1-B by the draft board, due to bronchial asthma.

Oct. 16: Five months after its L.A. debut, a Hearst newspaper ran its first ad for “Citizen Kane” — sort of. The L.A. Times and The News ran ads promoting the film’s new engagement at the Hawaii Theater in Hollywood, but the Hearst-owned Herald-Express and Examiner carried ads that only stated “Starts Tomorrow. Big Screen Attraction! See it from the beginning. Hawaii Theatre.” The movie title, studio and director were never mentioned.

Oct. 29: Daily Variety’s eighth anniversary edition summed up the past year at the L.A. boxoffice. The highest-grossing engagement, running 32 weeks at the Carthay Circle, was “Fantasia,” with $264,000 (average $8250 a week). “Citizen Kane” at the El Capitan “got a mild play at roadshow prices” for a total of $36,500 on the seven-week engagement (average $5214 a week). The film ended up with an OK boxoffice total, but public enthusiasm never matched the critics’ ecstasy.

March 4, 1942 After the Feb. 26 Academy Awards at the Biltmore Hotel, weekly Variety said the evening’s big upset was the “near-washout” of “Kane” (nine nominations and only one win, for the the screenplay by Welles and Herman Mankiewicz). In those days, 10,000 members of various guilds voted on the final Oscar ballot, though most were not Academy members. “How Green Was My Valley” was the big winner, with five Oscars out of 10 nominations. The unnamed Variety reporter theorized that the results were due to the 6,000 extras who got to vote on best picture: “The mob prefers a regular guy to a genius.”