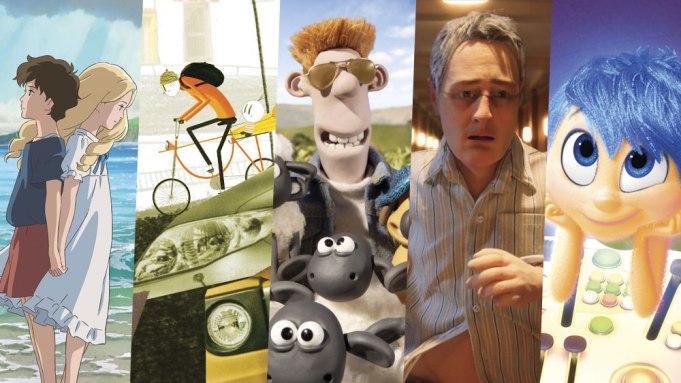 The ever-evolving Annie Awards have undergone yet another change, taking the top animated feature prize and splitting it into two categories in order to give smaller independent features a chance to compete on a more even playing field.

“We wanted to give the independents and foreign films a greater chance to be honored with an Annie. With so much innovation and activity, one award for feature animation was simply not enough,” says Jerry Beck, president of ASIFA-Hollywood, the organization behind the Annies. “This new category is not a lesser honor — it is fully equivalent to winning the best feature prize. It’s our way of recognizing these unique, innovative works done outside the Hollywood system.”

The first films to compete for best animated feature — independent are “Boy & the World,” “Kahlil Gibran’s The Prophet,” “The Boy and the Beast” and “When Marnie Was There.”

“Once we had the idea, we said, ‘How do we define that?’ It can’t be by budget. It can’t be by topic,” says ASIFA-Hollywood executive director Frank Gladstone. “It has to be defined by the problem that most independent features have — that they’re not seen very much. An independent feature is a picture that, in its initial release, has less than 1,000 screens. (This award) incorporates all those pictures.”

They can, however, choose to be considered in the other category with the big-budget studio films, Gladstone says. He notes that “Anomalisa” could have qualified for the independent category, but chose to compete for best feature and was subsequently named one of that category’s nominees.

In addition to “Anomalisa,” other films competing for animated feature are “Inside Out,” “Shaun the Sheep Movie,” “The Good Dinosaur” and “The Peanuts Movie.”

Submissions for nominations were up again this year, and they’ve grown steadily for the last few years. “This year we had in excess of 1,200 submissions,” says Gladstone. “We were up just about 10% more submissions this year than last year, and, in fact, over the last three or four years, we’ve increased submissions almost 10% every year. The Annies are drawing more attention from both our industry and the general motion picture industry.”

The 43rd Annie Awards will be held Feb. 6 at Royce Hall on the campus of UCLA, and stream live on Annieawards.org.