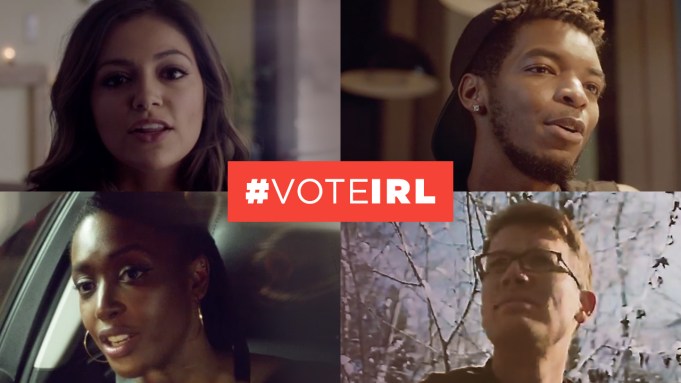 YouTube, as part of launching a get-out-the-vote initiative aimed at young Americans, has set deals to live-stream the U.S. presidential debates between Hillary Clinton and Donald Trump from PBS, NBCUniversal’s Telemundo and the Jeff Bezos-owned Washington Post.

The Google-owned video giant’s expanded debate coverage means there are more choices than ever to watch the political spectacles without a TV. Facebook has an exclusive deal to live-stream ABC News’ debate coverage, and Twitter has a similar pact with Bloomberg Media. In 2012, YouTube live-streamed ABC News’ coverage of the presidential debates between Barack Obama and Mitt Romney.

YouTube is presenting the debates as part of its #voteIRL campaign, designed to encourage people to register to vote and take part in the 2016 election. It has teamed with TV personality and producer Ryan Seacrest and YouTube stars including Timothy DeLaGhetto and the Fung Bros. to create videos that last 1 minute and 34 seconds — the amount of time it takes to register to vote, according to YouTube. (Watch Seacrest’s video above.)

In addition YouTube’s live-streams of the debates, top creators including the Young Turks and Verizon/Hearst-owned Complex News plan to use YouTube’s mobile live-streaming service to provide on-the-ground reporting from the debate venues.

The first debate between Trump and Clinton is set for Monday, Sept. 26. Each of the three presidential debates and the VP debate will be broadcast live on networks including ABC, CBS, Fox, NBC, CNN, Fox News Channel, Fox Business Network, MSNBC and C-SPAN without commercial breaks. The debates are scheduled to run 90 minutes.

According to YouTube, users have uploaded more than 200,000 videos related to the 2016 election each day since the GOP and Democratic conventions in July. Users have watched more than 110 million hours of content related to the candidates and issues on YouTube.