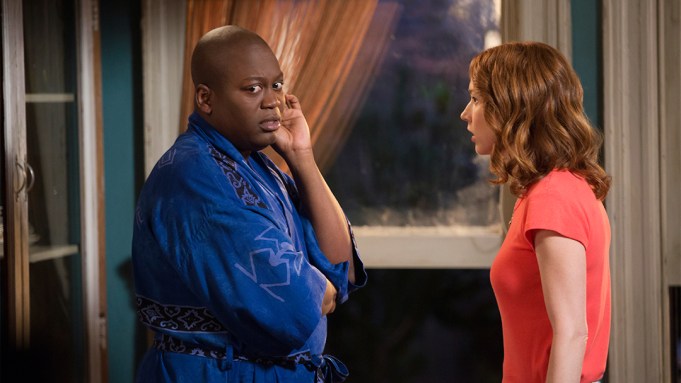 Netflix has debuted the first teaser trailer for “Unbreakable Kimmy Schmidt” Season 2, which premieres on the streaming service on April 15.

In homage to New York Fashion Week, which just wrapped, the new video sees Kimmy (Ellie Kemper), Jacqueline (Jane Krakowski) and Titus (Tituss Burgess) strutting their stuff for the RTW (ready to watch) collection, paying homage to notable quotes from Season 1, including “hashbrown no filter” and “Peeno Noir.” Even in a 30 second teaser, it doesn’t take long for Kimmy to add a dose of her signature sparkle to the proceedings.

Netflix renewed “Unbreakable” for Season 3 in January, months ahead of its Season 2 premiere. The comedy is created and executive produced by “30 Rock” alums Tina Fey and Robert Carlock, and at Netflix’s Television Critics Association press presentation, Fey revealed how liberating it is to work in an environment without the pressure of ratings, unlike their experience with “30 Rock” on NBC — a critical darling that never drew huge viewership.

“It was just a constant disappointment,” Fey said regarding “30 Rock’s” ratings struggles. “It’s very freeing not to live by fear.”

While the first season was originally designed to air on NBC before the shift to Netflix, Season 2 has been wholly developed for the streamer’s audience, which allows Fey and Carlock to push the envelope a little more. Fey reassured reporters at TCA that the changes wouldn’t be too noticeable, given that the show was designed for a broadcast network and those parameters are still in place.

“We did talk about … whether, ‘Oh, well, I don’t think Kimmy would ever start cussing, but would she walk by people that were cursing horribly?'” Fey mused. “[But] we’ve realized that our audience is young — I thought, well, as a mom, I would hate to trust this show and then put on the second season, and then it was just, you know… prison sex.”