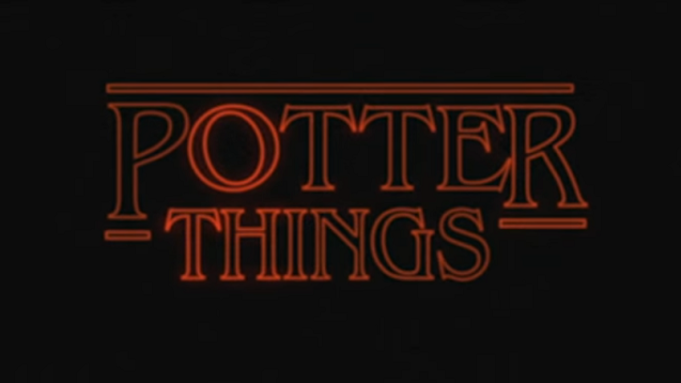 The seamlessly executed mashup begins with “Stranger Things” trio Mike, Dustin, and Lucas appearing at Hogwarts, as Albus Dumbledore announces their “arrival” to the wizarding school.

“This castle will not only be your home this year but home to some very special guests as well,” says Dumbledore, grabbed from a scene of “Harry Potter and the Goblet of Fire.”

The video includes iconic scenes from both series, including Hermione epically standing up for Harry and Ron (and Hermione then, in “Stranger Things” fashion, begins to bleed from the nose), and Eleven allegedly stealing boxes of Eggo waffles from Professor Snape. The video ends with the infamous Christmas lights spelling out “Harry Potter” in the Byers household, as Joyce (Winona Ryder) reacts anxiously.

“Stranger Things” has already been renewed for a second season, and will stream on Netflix in 2017.