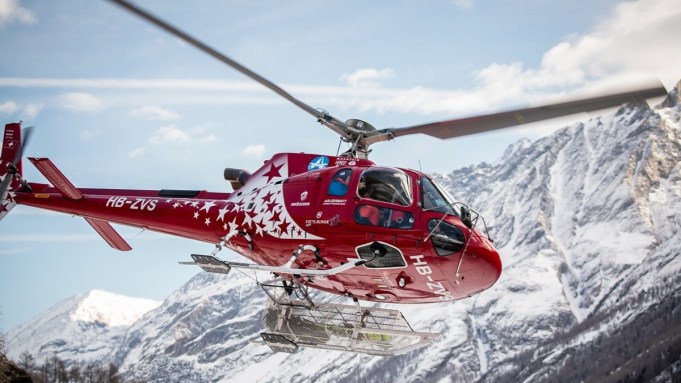 Red Bull TV, the internet video-streaming service from the energy drink maker, will take viewers inside the harrowing rescue work of Switzerland’s Air Zermatt with original series “The Horn,” set to be released worldwide on Oct. 17.

The six-part original docuseries, set in the treacherous terrain of Switzerland’s Matterhorn mountain, will follow first responders to experience rescues – from an injured man who fell nine stories into a crevasse to an immobile ski racer lying on the freezing slopes.

The debut of “The Horn” will follow Red Bull’s free streaming premiere of Travis Rice’s snowboard film, “The Fourth Phase,” on Oct. 2 worldwide followed by release on digital sell-through services and limited theatrical run in Europe. The film, from the creators of Red Bull’s popular “The Art of Flight” snowboarding feature, follows Rice and his team on a 16,000-mile journey to extreme snowboarding destinations in the North Pacific.

In making “The Horn,” filmmakers used GoPro cameras to capture previously unseen views of the Matterhorn and Air Zermatt’s search-and-rescue missions. Red Bull has a small ownership stake in GoPro.

“‘The Horn’ was an opportunity to make something beautiful that speaks to the human condition,” said Red Bull TV executive producer Josh Cole. “It isn’t a show just about mountain rescues, but the rescue scenes are catalysts to learn about our characters, turning a helicopter rescue show into a meditation on what it means to be human.”