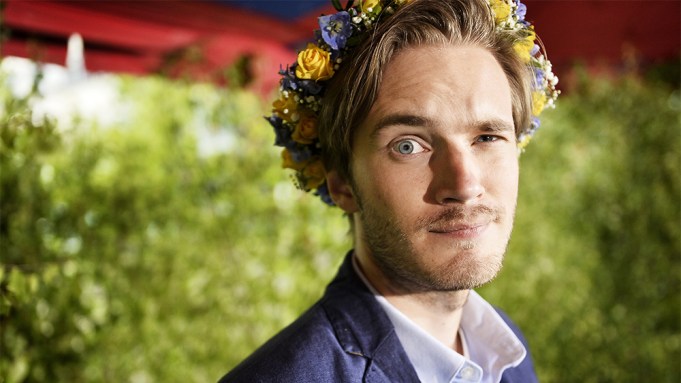 Felix Kjellberg, the YouTube megastar known as PewDiePie, has responded in a video to the charges this week that Warner Bros. paid him and other digital influencers to promote a video game in 2014 and that the company didn’t properly disclose the arrangements.

According to the Federal Trade Commission, Warner Bros. paid PewDiePie and others upwards of tens of thousands of dollars each to promote the game but that the entertainment company and its agency did not adequately instruct them to “clearly and conspicuously” disclose the sponsorship deals in the video itself.

PewDiePie, in the video posted Wednesday, said he felt unfairly singled out — insisting he did nothing wrong — and he pointed out that his original video did disclose the sponsorship in the description section. The FTC, in its complaint against Warner Bros., said disclosures in the videos’ description fields were not sufficient.

“It’s kind of bullshit,” PewDiePie said of the media coverage of the FTC settlement with WB. “Yes, I could have disclosed it better. I could have put it above the fold… Basically, all these news articles are using me as a clickbait, putting my name to shame when I didn’t even do anything wrong.”

He claimed that Warner Bros. did not require him or other YouTubers to disclose the sponsorship at all, but that he did it anyway (whereas some other YouTube creators who were part of the campaign did not). PewDiePie has more than 46 million subscribers for his YouTube channel, which centers on videos of Kjellberg playing video games, making him No. 1 in terms of subs on the service.

PewDiePie also noted that the video for the game, Warner Bros. Interactive Entertainment’s “Middle-earth: Shadow of Mordor,” was released in 2014, whereas the FTC did not release guidelines concerning endorsements by social-media influencers until the following year.

“Back then, YouTube paid promotion was a bit of a gray area,” he said. “Nevertheless, I still disclaimed it.” PewDiePie said his sponsored videos now include a verbal mention at the outset, and that the sponsorship is indicated in the top line of the description.

Under the settlement WB reached with the FTC, announced Monday, Warner Bros. has agreed to make such disclosures in the future. Other digital influencers enlisted by WB for the “Shadow of Mordor” promos, according to the FTC, included I Am Wildcat, Silentc0re and Siv HD.

In addition to his YouTube channel, Kjellberg, who is affiliated with Disney’s Maker Studios, also starred in original reality-spoof series “Scare PewDiePie” on the YouTube Red subscription service, produced by Maker and Skybound Entertainment.