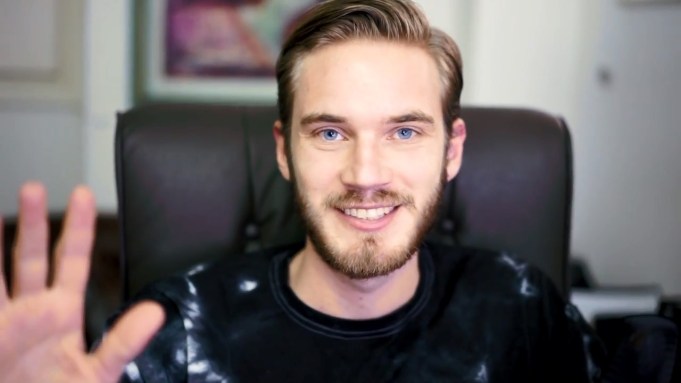 Like thousands of other YouTubers, Felix Kjellberg — the No. 1 most-subscribed creator on the platform known as PewDiePie to his millions of bros — saw his subscriber count shrink Tuesday.

For PewDiePie, whose videos revolve around games and skits, the carnage was fairly severe: He dropped around 600,000 subscribers overnight. That’s a little more than 1% of his current fanbase, which stands at 45.6 million as of this writing, in a single day.

YouTube told creators in a post that many channels saw subscriber losses because of a bug that prevented the correct counts from displaying publicly. Once the glitch was fixed, subscriber counts on channels reflected YouTube’s recent elimination of inactive or bogus followers.

But Kjellberg used the situation as an opportunity to — what else — produce content to entertain his millions of actual remaining viewers. Kjellberg, affiliated with Disney’s Maker Studios, posted a video Wednesday expressing mock outrage at discovering the sub drop.

“I lost f—ing 600 (thousand subscribers). That’s like Denmark!” shouted PewDiePie, who’s a native of Sweden. Within five hours, the video had been viewed more than 465,000 times. (For the record, Denmark says its population numbers about 5.6 million.) Earlier, Kjellberg had tweeted a graph showing his sub losses with the comment, “No biggie.”

Markiplier, another game vlogger, was also hit hard with a drop of more than 300,000 subs. The game vlogger, whose name is Mark Fischbach, turned 27 on June 28 and he sarcastically thanked YouTube for the gift. (He’s now at 13.4 million subs.)

Thanks for the birthday present YouTube! So sweet! pic.twitter.com/GhcSWNz3oo

Despite the theatrics and consternation in the YouTube community, the fluctuation in subscriber counts is more about bragging rights than actual dollars, since YouTube ads are transacted only based on actual views. If 600,000 of PewDiePie’s subscribers were fake, it doesn’t matter — since those accounts weren’t generating views anyway.

Still, sub counts are an important metric for YouTubers in establishing rankings and building audience, and that’s why YouTube has been regularly culling inactive accounts from channels since 2014.

PewDiePie and Markiplier, by virtue of their large subscriber bases to begin with, were the top two channels in terms of subscriber losses Tuesday, according to an analysis by Thuzio, a provider of digital talent-management tools. The company, co-founded by former New York Giants running back Tiki Barber, says it tracks more than 40,000 influencer and celebrity profiles.