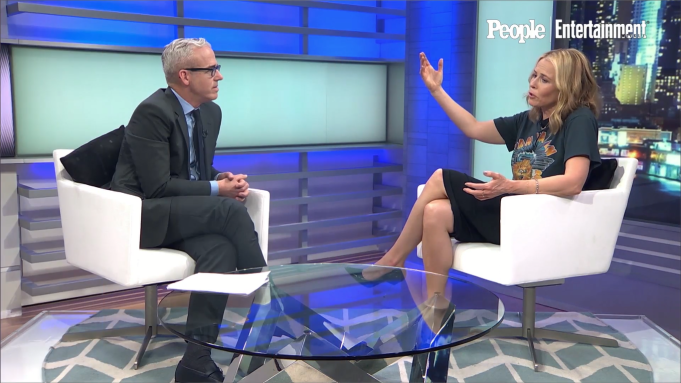 Time Inc. this week will launch the free People/Entertainment Weekly Network, an internet-only equivalent of an entertainment and lifestyle cable network — without hiring a significant number of staff to get it off the ground.

People/Entertainment Weekly Network, dubbed “PEN” for short, will debut Sept. 13, with 14 new original shows and specials the first month. More than 300 hours of new programming are planned for the network’s first year, while the over-the-top service also will offer library content from Time Inc.’s archives.

“I think 15 years ago, People and SI and InStyle should have launched cable channels, because that’s when the land grab was,” said Jess Cagle, editorial director of People and Entertainment Weekly. “Now is not the time to launch a cable channel.”

Initial programming on PEN, Time Inc.’s answer to cable nets like E!, will feature talk shows, live coverage of awards shows, festivals and premieres, long-form interviews with personalities including Jimmy Kimmel, Patrick Dempsey and Rory Feek, and a documentary about children who lost parents on 9/11.

But while Time Inc. is pitching PEN as a cable-style TV channel that happens to be delivered online, it has hired only about a half-dozen production support staff in producing dozens of hours of new programming: By and large, the existing editorial teams of both magazines will be pumping out the new material. The PEN video production team is led by JJ Miller, who was already executive producer of video for both People and EW. Ad sales and marketing will for PEN are being handled by existing Time Inc. personnel.

“For the next year, I will not greenlight a story without there being a video component to that story,” Cagle said. He noted that People this week will be shooting footage for its Sexiest Man Alive franchise and “getting the video assets for that is as important as getting a great cover photo.”

“The cost (of launching PEN) would have been prohibitive if we created programming separate from what we are already doing,” Cagle said. New the OTT network “is very organic to the way we work.”

Time Inc.’s expansion of its video footprint with PEN and other initiatives comes as the publishing company continues to see traditional print revenue decline, along with much of the rest of the industry. Initial advertising partners for PEN include Alcon’s Dailies Total1 contact lenses, L’Oreal USA, MillerCoors and NBC.

Both People and EW have produced a steady stream of original video content for years. But that’s been limited to short-form clips, largely because web users haven’t shown an interest in watching anything longer than a few minutes, Miller said.

Shows on PEN will typically be 22 minutes to a half hour, containing 60-second advertising pods for every 8 minutes of programming. But producers aren’t locked into any specific format: “One of the beauties of OTT is the shows can be as long as they are good. They are not restricted by linear television,” Miller said.

PEN will be a “lean back” experience, Cagle said. The network will be available on a range of connected-TV devices and services including Apple TV, Amazon Fire TV, Roku, Google Chromecast, Comcast Xfinity, Xumo and Pluto TV. It will also be available via apps for iOS and Android mobile devices as well as at PeopleEWNetwork.com.

Content on PEN will be presented as if it were a linear TV channel: When users access the service, they’ll see a program in progress. The network will live-stream 24 hours a day, in three-hour looping blocks, with live shows featured as they occur. Users also will be able to access past content on-demand.

Time Inc. announced plans to launch PEN earlier this year at the Digital Content NewFronts. The company has built new studio facilities at Time Inc.’s headquarters in lower Manhattan at 225 Liberty St., across from the Freedom Tower.

Also set premiere on PEN in September are: “Hollywood At Home,” a new series that gives viewers a look inside the domiciles of personalities with Steve Harvey and Kathy Griffin the first to open their doors; “People Mom Talk,” a talk show about how celebrities experience the joys and challenges of motherhood; “Reality Check,” hosted by EW’s Tim Stack about the latest in reality TV; and “BingeWorthy,” a review of upcoming series and new season premieres hosted by Jessica Shaw and Touré.

PEN will also cover Time Inc.’s events, such as Sports Illustrated Swimsuit, the Time 100, Essence Festival, and the Food & Wine Classic in Aspen, Colo.. The most popular programming from the Time Inc.’s brands will be featured on the network, including “Year in Space” from Time mag and “Underdogs” from Sports Illustrated.