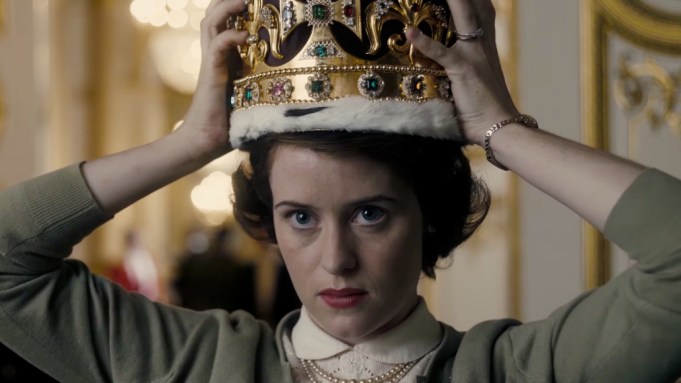 A first glimpse of Netflix’s upcoming series “The Crown” was shown during the streaming service’s CES keynote on Wednesday morning.

The show is based on the award-winning play “The Audience” by Peter Morgan and tells the story of Queen Elizabeth II’s early reign. It also reunites Morgan with director Stephen Daldry and producer Andy Harries.

“‘The Crown’ is not only about the royal family but about an empire in decline, a world in disarray and the dawn of a new era,” Morgan said in a statement when the series was first announced. “I am beyond thrilled to be reunited with partners from film, theatre and television for this epic project and delighted to be working for the first time with Netflix.”

While Netflix has only picked up a first season of the show, they’ve said each season of “The Crown” would cover a decade of Queen Elizabeth II’s reign. The first will focus on her early years, when she is faced with the prospect of leading the monarchy as well as forging a friendship with then Prime Minister Winston Churchill.