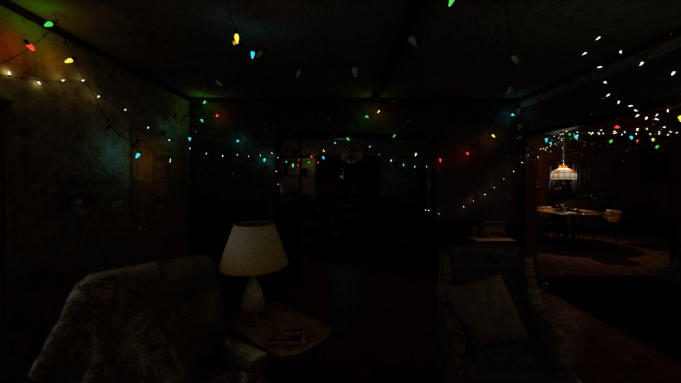 Netflix has released its first virtual-reality content: an eerie promotional segment for its popular original paranormal series “Stranger Things” that sets viewer in a dark house — stalked by a malevolent being.

In the 2-minute clip, Will’s voice is heard over a telephone receiver imploring his mother: “You have to listen! He’s here! Turn around! Behind you!”

The Netflix 360-degree video on YouTube is viewable using Google’s Cardboard virtual-reality attachment, and is available in up to Ultra HD 4K format. Elsewhere on the VR front, Netflix has launched an app for Samsung’s Gear VR headset to let subscribers browse titles in a virtual-reality setting. The “Stranger Things” 360 video could portend more VR projects from the streamer as the tech takes off.

“‘Stranger Things is a uniquely atmospheric series that inspired us to create a fun way to immerse viewers in the rich world, allow them to experience the thrills and mystery of the story and excite them to watch the series,” Netflix said in a statement.

The show has been buzzy hit for Netflix, billed as a “love letter” to the supernatural classics of the 1980’s. The series follows a young boy who vanishes into thin air, and as friends, family and local police search for answers they are drawn into a mystery involving top-secret government experiments, supernatural forces — and one very strange little girl.

The Duffer Brothers — Matt and Ross, whose credits include “Wayward Pines” and “Hidden” — serve as writers, directors and co-showrunners of the series. They executive produce alongside Shawn Levy and Dan Cohen via their 21 Laps entertainment banner, with Levy also serving as director.