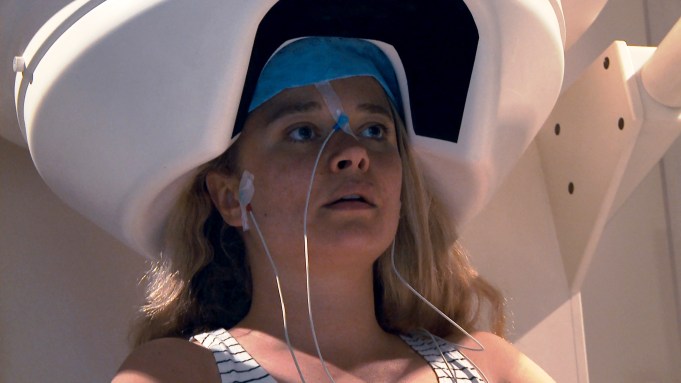 Netflix will debut “My Beautiful Broken Brain,” a documentary about a woman’s recovery from a traumatic brain injury from executive producer David Lynch, globally on the service March 18.

The documentary film details the experience of Dutch-French filmmaker Lotje Sodderland, after she suffered a hemorrhagic stroke and embarks on a journey of rehabilitation and recovery. The film was co-directed by Sophie Robinson and Sodderland and exec produced by Lynch and Michael Houldey. “My Beautiful Broken Brain” is an official selection of the 2016 SXSW Film Festival

“I am thrilled to join Lotje and Sophie in sharing ‘My Beautiful Broken Brain’ with the world,” David Lynch said in a statement. “The brain is truly fascinating, and much in the way that our brains are able to achieve total coherence — finding enlightenment and fulfillment — you will surely be moved and inspired by this journey of self-rediscovery.”

In “My Beautiful Broken Brain,” Sodderland finds herself bereft of language and logic, fighting not to be defined by her limitations but by the possibilities of life. The film documents the consequences of a first-time neurological experiment for Sodderland through to the extraordinary revelations of her altered sensory perception.

The film is the latest addition to Netflix’s steadily growing and critically acclaimed documentary lineup. Two of the company’s original docus — “What Happened Miss Simone?” and “Winter on Fire: Ukraine’s Fight for Freedom” — received Academy Awards nominations this year, making the third straight year Netflix has been nominated in the category. Netflix’s docu-series “Making a Murderer,” released in December, has spawned new interest and headlines about the case of Steven Avery, who is currently serving a life sentence for the murder of a Wisconsin woman.