Six-episode 'Out of My League' premieres Sept. 19 on YouTube 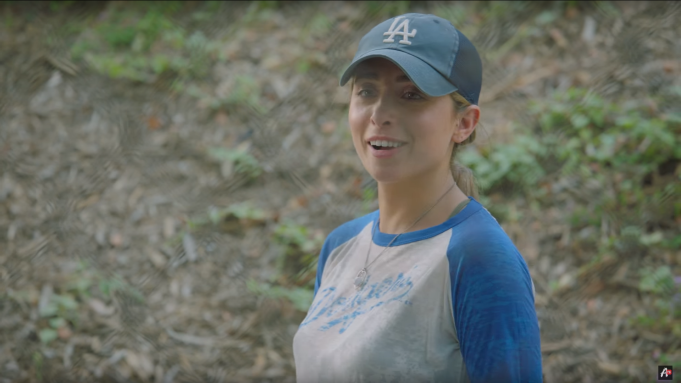 The six-part series — shot in and around L.A.’s Dodgers Stadium — premieres Sept. 19 on AwesomenessTV’s YouTube page, with new episodes debuting every Monday through the finale on Oct. 24, the day before game one of the World Series.

The show follows Claire (Luthringshausen), a die-hard Dodgers fan visiting her dad in L.A. for the summer, and Chase (Redmon), a surfer who doesn’t know much about baseball. Claire spends her days at the ballpark rooting on her team, until she meets Chase and both of their worlds are turned upside down.

“We produce premium content that engages our Gen Z audience, and partnering with MLB gave us the opportunity to make stories with the themes this audience cares about in the iconic setting of America’s pastime,” said Paul Kelly, chief partnerships officer at AwesomenessTV. “‘Out of My League’ brings a new perspective of the baseball experience to this audience, whether they are established supporters of teams or new baseball fans.”

Felicia Principe, director of brand advertising and marketing for Major League Baseball, added, “AwesomenessTV’s unique ability to create high-valued productions with influencer talent made them the ideal partner to bring a true baseball experience to our younger fans.”

AwesomenessTV is majority-owned by Comcast (which recently completed its acquisition of DreamWorks Animation), with minority stakes held by Hearst and Verizon.