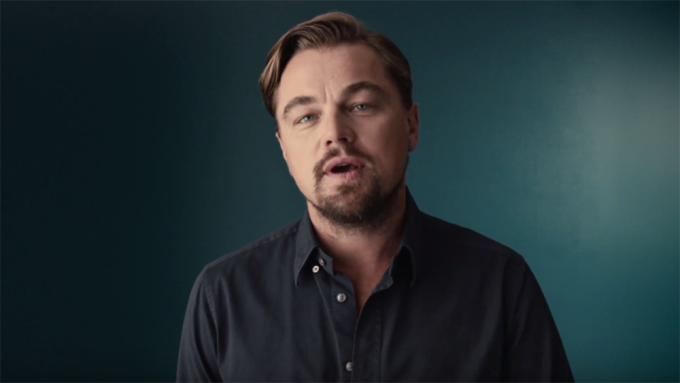 “What do you care about?” asks a new voting PSA launched Tuesday morning that features almost 100 celebrities including Leonardo DiCaprio and Julia Roberts.

The initiative called “Vote Your Future,” from Anonymous Content’s CEO, Steve Golin, called on Alejandro Iñarritu, David O. Russell, Tom McCarthy, Joss Whedon and Armando Bo to help direct the videos that explain which issues in the upcoming election are most important to each Hollywood figure.

“One issue that I care about very deeply is gun control,” Moby says in the teaser. “I sat down with the parents of the children who were killed in Newtown and I saw a level of grief and emptiness and despair that I couldn’t have even imagined before.”

Hannah Hart explains, “My mom has schizophrenia and she was homeless for a period of time. And what was the hardest part of that was discovering that there was nothing I could do no matter how hard I tried because the system isn’t actually set up properly.”

Kendall Jenner, Eva Longoria and Samuel L. Jackson are among the other Hollywood personalities who participated in the call to vote. The campaign launched with the hashtag #VoteYourFuture.