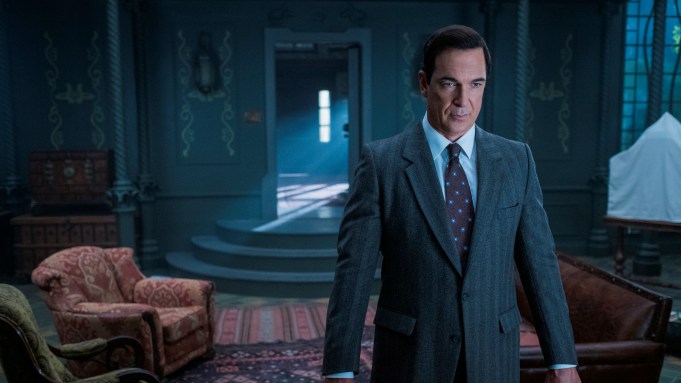 Based on the internationally best-selling series of books by Lemony Snicket (aka Daniel Handler), “A Series of Unfortunate Events” recounts the tragic tale of the Baudelaire orphans — Violet, Klaus and Sunny — whose evil guardian, Count Olaf (Harris), will stop at nothing to get his hands on their inheritance. The siblings must outsmart Olaf at every turn, foiling his many devious plans and disguises, in order to discover clues to their parents’ mysterious death.

In the teaser trailer, Warburton’s Lemony Snicket appears on the show’s set, where he urges viewers to not watch the “utterly unnerving” series because it has sidelined the cast and crew: “Please don’t make the same mistake that Netflix has, and look away before this dire tale is even filmed, and avoid the cruel whimsy and whimsical cruelty of what’s to come.”

Netflix announced the deal to adapt “A Series of Unfortunate Events” in November 2014. Handler is represented by ICM Partners and Charlotte Sheedy; ICM brokered the deal with Netflix for rights to produce the series.

Paramount Pictures’ 2004 movie based on “A Series of Unfortunate Events” starring Jim Carrey as Count Olaf grossed $209 million worldwide at the box office, according to Box Office Mojo.