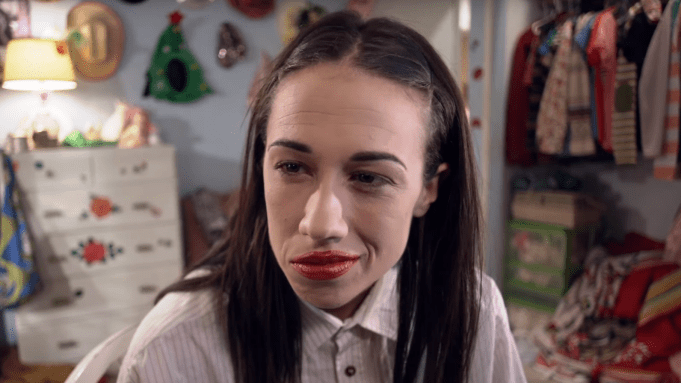 Netflix has released the official trailer for “Haters Back Off,” the streamer’s original series that tells the origin story of how Miranda Sings achieved YouTube superstardom — despite, or perhaps because of, her being odd and untalented.

Based on the copiously lipsticked character created by Colleen Ballinger, the eight-episode “Haters Back Off” revolves around Miranda’s weird family life and her rise to internet fame starting with her first viral video. Ballinger, a classically trained singer, first began posting Miranda Sings videos in 2008 as a joke for her theater friends.

“The most famous people in the world started off on the internet!” Miranda says to her mom, played by Angela Kinsey (“The Office”), in the trailer. “Justin Bieber, Susan Boyle — that cat that fell off the table when it got scared!”

“Haters Back Off” will be released Oct. 14 at 12:01 am PT on Netflix worldwide. The series was filmed in Vancouver this spring, with the location standing in for Miranda’s hometown of Tacoma, Wash.

The series stars Ballinger as Miranda Sings; Steve Little (“Eastbound & Down”) as Miranda’s overly confident and misguided Uncle Jim; Kinsey as Miranda’s mom, Bethany; and Erik Stocklin as Miranda’s neighbor and best friend, Patrick. The show takes its title from one of Miranda’s earliest catchphrases to her online critics.

For Netflix, the series is the first big bet on an original built around a digital influencer, and aims to reach a crossover audience of not only young Miranda Sings fans but also their parents. The company also is produced a docu-series featuring social-media celeb Cameron Dallas.