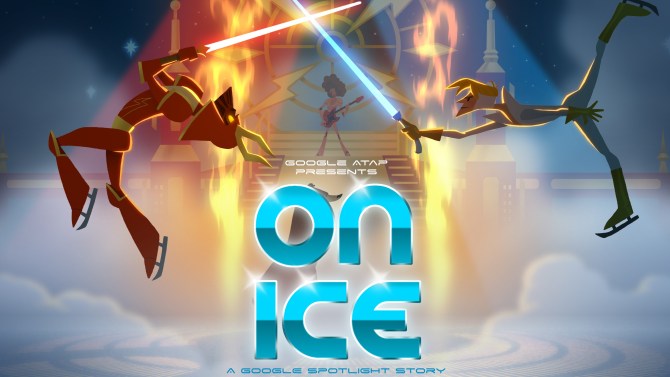 Google Spotlight Stories has debuted the trailer for its virtual reality animated short, “On Ice.”

The film is among the nominees for best animated short at tonight’s 43rd Annie Awards, and is the first-ever virtual reality short to be submitted to the Annies by mobile phone.

“On Ice,” which is currently in the final phases of production at Evil Eye Pictures in San Francisco, is about an extravagant ice show and its star who are interrupted by an unlikely interloper. The film was released briefly for awards consideration, and will soon be available to iOS and Android devices.

Google gave visitors to Comic-Con a sneak peak at the short last summer.

“On Ice” is directed by Shannon Tindle and is being released by Google’s Advanced Technologies and Projects group, which has created four other Spotlight Stories, all designed for mobile viewing.

Spotlight Stories are created to give the viewer control over all angles of the story: Move your mobile device up, down, left or right and your field of view moves along with you.