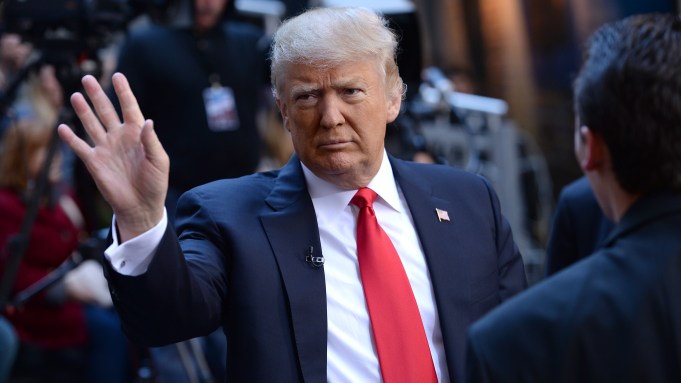 Hours after scolding TV-news executives in a meeting, president-elect Donald Trump decided to make a brief address Monday on YouTube updating the nation on where his transition efforts stand.

In one of the few appearances he has made in the two weeks since he defeated Hillary Clinton for the U.S. presidency, Trump devoted the two-and-a-half-minute clip to an overview of his priorities, from interviewing cabinet members to his policy plans in the first 100 days.

He emphasized his intent to bring back more jobs to the country. “That’s what we want and that’s what we’ve been waiting for,” Trump said in what appeared to be a scripted speech.

In recent weeks, Trump has been criticized for not maintaining a high-enough profile beyond some controversial tweets and an interview in The Wall Street Journal. He is scheduled to meet Tuesday with executives and editors from the New York Times.

That he chose to make his videotaped comments on YouTube also comes as some surprise considering he has maintained a more active presence on Twitter, which can also support live and taped video. Trump also made much use of Facebook during his presidential campaign, to the point where his video efforts on that platform were widely considered to be a beta version of an anticipated Trump TV channel.