Eight-part 'Junketeers' produced by Josh Horowitz and Ben Lyons, in partnership with Lexus' L-Studio and Kids at Play 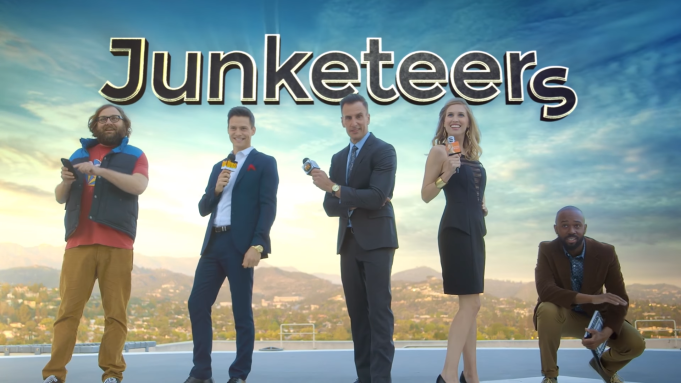 All episodes of the series are launching Thursday on Comedy Central’s YouTube Channel and the Viacom-owned cabler’s social platforms including Snapchat Discover, Facebook and Twitter, as well as L-Studio’s website. The series is funded by L-Studio, Lexus’s digital content unit designed to “engage audiences outside of the traditional automotive encounter.”

“This is a love letter to our profession, if a love letter was filled with backstabbing, profanity, violence, and generally poor decision making and value systems,” said Horowitz.

Added Lyons: “Josh and I have collectively spent over 20 years working as on-air hosts in the world of entertainment ‘news,’ and a combined 1 million hours waiting in fancy hotels around the world for celebrities to show up to be interviewed. We are beyond thrilled for the opportunity to shine a light on the underbelly of Hollywood, better known as the ‘press junket.’”

Kids at Play’s Jason Berger and Amy Laslett serve as executive producers alongside Josh Horowitz and Ben Lyons as well as Lisa Eisenpresser of FullCourtPress. Horowitz and Amanda Lund wrote the series, and Kimmy Gatewood directed.