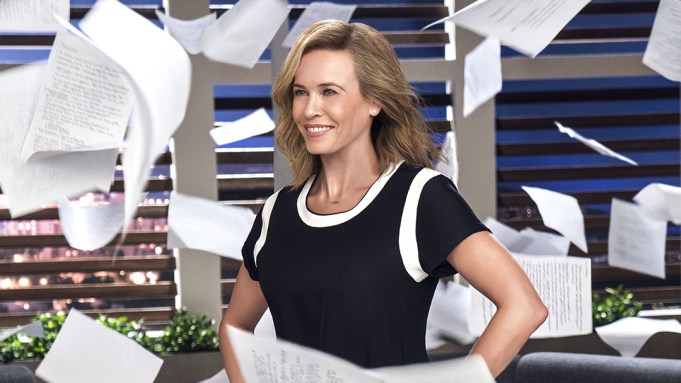 Available in 190 countries, three times a week, Chelsea Handler will be invading Netflix with her new talk show, “Chelsea,” starting May 11. And the famously outspoken comedian isn’t holding back in her new venue, because as she tells one interviewee in her new trailer, “Oh, you can say anything, it’s Netflix!”

Handler is treating the new talk show like “the college education I forgot to get,” exploring politics, parenting, education, health, sports, alternative lifestyles, international cultures and pop culture, among other subjects.

The first glimpse at the series takes us to Russia, Mexico, Japan, Spain and across the United States. The trailer features celebrities including Maria Sharapova and Diego Luna, and Handler also encounters a group of millennials who have a very blasé approach to keeping up with this year’s election.

“What do you mean undecided? You’re not following the election until what? It pops up on Snapchat?” she asks.

The “Chelsea” star also encounters polygamists in Montana, and briefly toys with the idea of joining the trio.

“I’m sure you have your own strengths that you would bring,” he hesitantly replies.

On May 11, Handler’s guests will include Drew Barrymore, Pitbull and U.S. Secretary of Education John B. King. On May 12, Handler will talk to Gwyneth Paltrow, Tony Hale, and TEDTalk’s Chris Anderson, and on May 13, she’ll interview comic book expert Amy Dallen, and the cast of “Captain America: Civil War,” Chris Evans, Sebastian Stan, Emily VanCamp, and Frank Grillo.

The show debuts in Netflix territories worldwide on May 11.