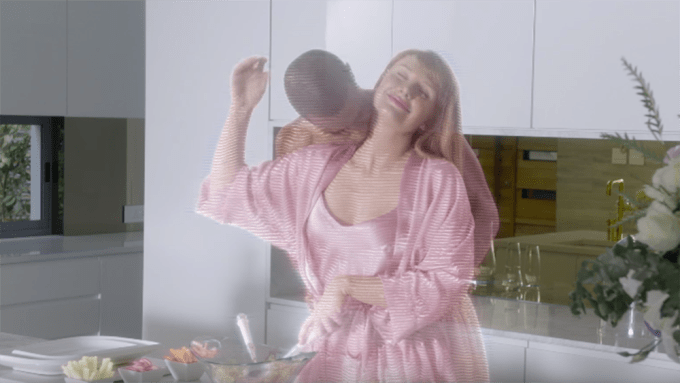 “Black Mirror” is almost back with six new episodes that will inevitably make you question everything.

The trailer, released Friday, begins with a voice-over from Bryce Dallas: “In this world, we’re all so caught up in our own heads, it’s easy to lose sight of… what’s real.”

She’s going for a jog wearing all pink, swiping on her phone. She looks happy… too happy?

A concerned voice-over from a different voice later responds, “No one is this happy. A two-year-old with a f—ing balloon isn’t this happy.”

The anthology series will offer up six new stories, each presenting a different reality in which the conventions of living in a digital world are questioned. In one clip, a man agrees to undergo “a small medical procedure.” In another, a woman gawks that she never expected that she would be “living in the future.”

Rashida Jones, Dan Trachtenberg and Mike Schur are among the writers who have joined the latest installment. In addition to Dallas Howard, the upcoming season’s cast will feature Gugu Mbatha-Raw, Mackenzie Davis, Jerome Flynn and Kelly MacDonald.

At this year’s TCAs, Jones commented, “We’re trying to dramatize very contemporary concerns – in our current climate and with the technological advancements, we’re in a place that feels very alien. We’re evolving as a species and we don’t really know how yet.”