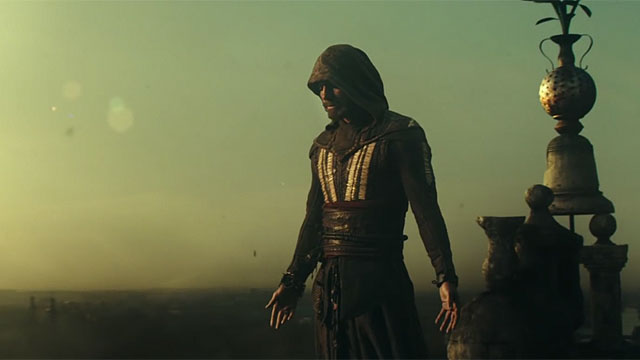 To promote the action film’s Dec. 21 theatrical release, 20th Century Fox and New Regency are launching a VR experience promising to take viewers deep into the world of the Spanish Inquisition — from the perspective of a member of The Assassins secret society.

The “Assassin’s Creed” movie VR experience will be available for free starting Dec. 1 through the Oculus Video app, for both Oculus Rift and Samsung Gear VR, and as a 360-degree video on Facebook.

The VR content for “Assassin’s Creed” will make its debut Thursday night at the 2016 Game Awards, which will be live-streamed on multiple platforms (including in 4K on YouTube) from L.A.’s Microsoft Theater. During the show the “Assassin’s Creed Red Room,” sponsored by AMD, Alienware and 2oth Century Fox, also will feature exclusive clips from the movie, live interviews and special guest hosts.

The “Assassin’s Creed” movie VR experience was shot on-location during the movie’s filming both in Malta and at Practical Magic’s Burbank studio. The content was developed and rendered using AMD’s Radeon technology.

In the film, Callum Lynch (Fassbender) experiences the adventures of one of his ancestors from 15th century Spain through a revolutionary technology that unlocks his genetic memories. After discovering he’s a descendant of the Assassins, Callum amasses the knowledge and skills to take on the oppressive and powerful Templar organization in the present day. “Assassin’s Creed” co-stars Marion Cotillard, along with Jeremy Irons, Brendan Gleeson and Michael K. Williams.

Watch a promo video for the “Assassin’s Creed” VR experience above, or on YouTube via this link.