Studiocanal picks up theatrical distribution rights for U.K. and Germany 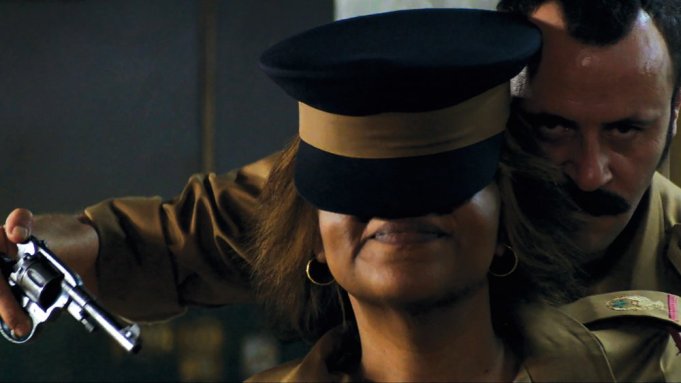 Studiocanal has also picked up theatrical distribution rights to the film for Germany and the U.K. Vox will release the film theatrically in the Middle East.

IM Global handled international sales rights (excluding Germany, the U.K. and the Middle East) on the deal via its foreign-language label IM Global Anthem on behalf of the filmmakers; and Cinetic Media oversaw U.S. sales rights.

The psychological thriller, which marks the feature directorial debut of Emirati filmmaker Majid Al Ansari, had its world premiere at Fantastic Fest in Austin, Texas last September and its European premiere at the BFI London Film Festival in October.

The film stars Ali Suliman (“Paradise Now”) and Saleh Bakri (“Salvo,” “The Time Remains”), and follows the story of a man trapped in a prison cell who is forced to play a madman’s game in order to save his family’s lives. Popular Emirati actors Ali Al Jabri, Abdullah Al Shehhi and Mansoor Al Feeli co-star on the pic, which is produced by Rami Yasin (“Sea Shadow,” “From A to B”).

“Our Anthem label is highly focused on generating new distribution opportunities for international films worldwide,” said IM Global founder/CEO Stuart Ford, “and this Netflix deal for ‘Zinzana’ is a very healthy indication of how the marketplace for non-English language films is evolving.”

Michael Garin, CEO of Image Nation Abu Dhabi, added: “Image Nation is delighted to have stellar partners like Netflix and Studiocanal onboard to bring ‘Rattle the Cage’ (Zinzana) to global audiences. Majid is a shining example of the high-caliber talent and artistry coming out of the Middle East at the moment and we’re pleased to be able to provide him with both local support and international access.”

“Rattle the Cage” marks the second project that IM Global and Image Nation have teamed up on.
Image Nation is also fully financing the feature adaptation of Dave Eggers’ contemporary thriller “The Circle,” starring Tom Hanks and Emma Watson, which has just closed a U.S. distribution deal with EuropaCorp.

Image Nation has been ramping up its film and TV production output over the last year with a number of new titles in the pipeline, including Emirati filmmaker Al Mostafa’s third film “The Worthy,” currently in post-production, the follow-up to his hit comedy drama “From A to B.”