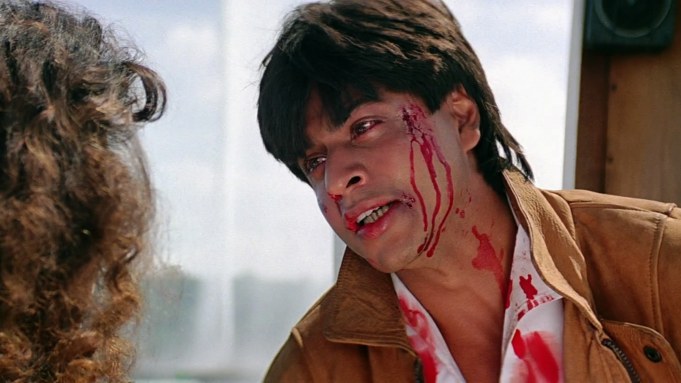 Directed by YRF founder Yash Chopra, “Darr” was one of the breakthrough roles for Bollywood star Shah Rukh Khan. He played Rahul, a stalker obsessing over Kiran (Juhi Chawla) who is the wife of Sunil (Sunny Deol). “Darr 2.0” will see the Rahul, Kiran and Sunil characters being reprised and reset in the world of cyber stalking and digital crimes.

Vikas Chandra, who was a creative producer on YRF’s “Detective Byomkesh Bakshy!” and whose directorial credits include the short “Dream Stalker,” will direct. Ashish Patil, whose credits include Y-Films web series “Bang Baaja Baaraat” and “Sex Chat with Pappu & Papa” is producing.

Shah Rukh Khan is not expected to be part of “Darr 2.0.” His last release, YRF’s “Fan”, underperformed at the box office. His next release “Raees”, produced by his own Red Chillies Entertainment and Excel Entertainment was due a July 2016 release in the Eid frame but was postponed to January 2017 in order to avoid a scheduling conflict with YRF’s “Sultan,” starring fellow A-lister Salman Khan. It will now release on January 26, India’s Republic Day, alongside “Kaabil”, starring Hrithik Roshan.

Khan is currently filming in Prague on a film with the working title “The Ring,” co-starring Anushka Sharma (“Bombay Velvet”) and directed by Imtiaz Ali (“Highway”).