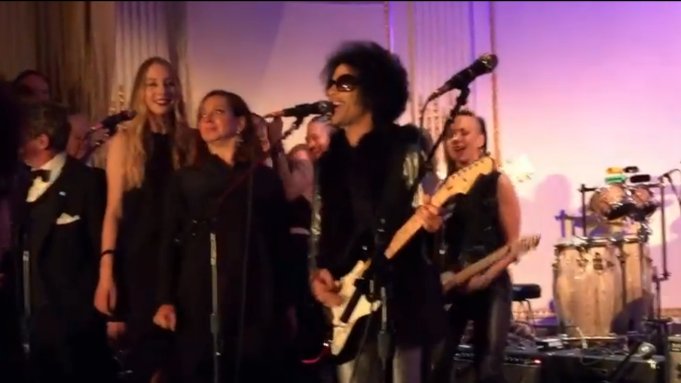 “All of a sudden, the crowd parts and there’s purple smoke and the dude, just floating towards the stage,” he said.

Among the other stars who partied on stage that night were Bill Murray, Emma Stone, members of HAIM and Martin Short.