Susan Sarandon: Bernie Sanders Could Still Be the Democratic Nominee 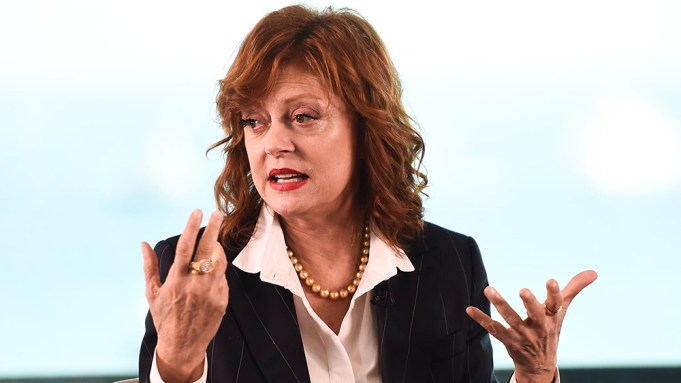 Susan Sarandon predicted that many voters might not show up at the polls in November if Bernie Sanders isn’t the Democratic presidential nominee.

“If he doesn’t get the nomination, there’s a very good chance that people won’t vote,” Sarandon said told Variety at the Cannes Film Festival.

Sarandon pointed out why Sanders has been polling better against presumptive Republican nominee Donald Trump than Hillary Clinton. “There’s a lot of people that have been brought into the political process that have not been engaged before,” Sarandon said. “There’s going to be such a backlash,” if Sanders doesn’t get the nomination, she added. She suggested that many millennial voters would just stay home.

Sarandon also called Clinton “a very good Republican candidate,” meaning that some Republicans would vote for her over Trump. Sarandon said she believed that Sanders could still be the nominee, despite pundits saying it would be mathematically impossible for him to accumulate enough delegates at the July convention. The actress said that Hillary could be “indicted at any moment” over using her personal email for classified information.

“Trump, the main things he talks about are absolutely impossible so they’re not that threatening,” Sarandon said. “What he did that was terrible is that he legitimized racism and homophobia and everything else in order to get that very discontented base… [He] said it was okay to be violent.”

Sarandon blasted the media for giving so much coverage to Trump. “They weren’t even covering Bernie Sanders until he won Iowa,” she said. “He just won three more states.” She said that “The Apprentice” was to blame for Trump’s popularity with voters. “They know him from that reality show that legitimized him.”