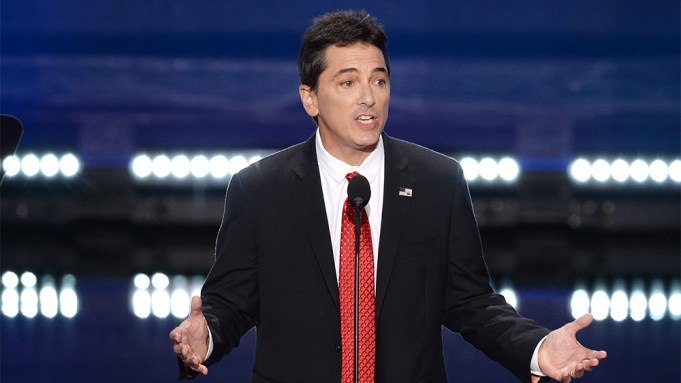 Scott Baio was introduced as an actor and director and star of “Happy Days” at the Republican National Convention, but in the arena he took on the role of political attack dog.

Baio, who has been particularly outspoken about Donald Trump and Hillary Clinton, talked about how the country was “in a bad spot right now.”

“We need Donald Trump to fix this,” he said.

Baio, who also starred in “Charles in Charge,” also targeted those who are on the dole. His speech had shades of some of the messaging from 2012, when Mitt Romney attacked the 47% and his running mate Paul Ryan talked of “makers” and “takers.”

“America is an easy place to get to.  But — for you first time voters — it’s important to know what it means to be an American,” he said.

He said that Clinton “wants to continue the same policies that are wrecking this country” and that she “somehow feels entitled to the presidency.”

Trump, he said, is a “man doing this from the goodness of his heart… and genuinely wants to help.”

He concluded his speech with a plea: “Make America America again.”

Baio followed “Duck Dynasty” star Willie Robertson, who got in a few digs at the media.

“It’s been a rough year for the media experts,” Robertson said. “It must be humbling to be so wrong about so much for so long.”

“But I have a theory about why they missed the Trump Train: they don’t hang our with regular folks like us who hunt, fish, pray and actually work for a living.”

Then, he quipped, “Heck, they don’t even know how to talk to people from middle America.  You  tell them you’re from Louisiana and they usually start talking really slow and really loud.”