Continue to Variety SKIP AD
You will be redirected back to your article in seconds
Jul 26, 2016 6:07pm PT 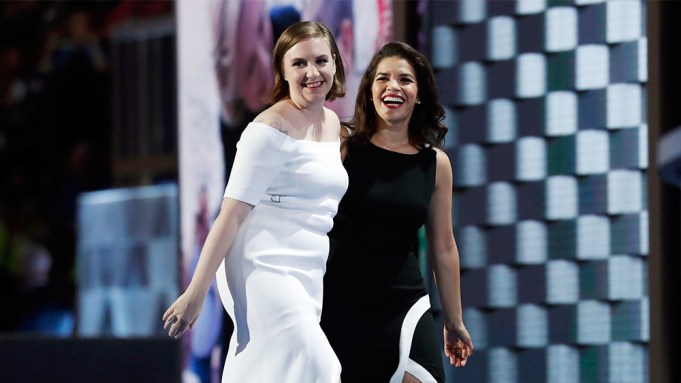 “I am Lena Dunham and according to Donald Trump my body is probably, like, a 2,” she said.

“I am America Ferrera and according to Donald Trump, I am probably a rapist,” she said.

Each talked of Trump by framing his candidacy with their own personal experiences.

Ferrera talked about being the daughter of Honduran immigrants, and how Trump was out of touch with the experiences of many families. “Occasionally I needed a free meal to get through the school day,” Ferrera said.

Dunham talked about being a survivor of sexual assault, and said of Trump, “We don’t accept hatred as the norm in our communities. Why would we accept it in the Oval Office?”

She noted that when Clinton was first lady, she talked of how “women’s rights are human rights.”