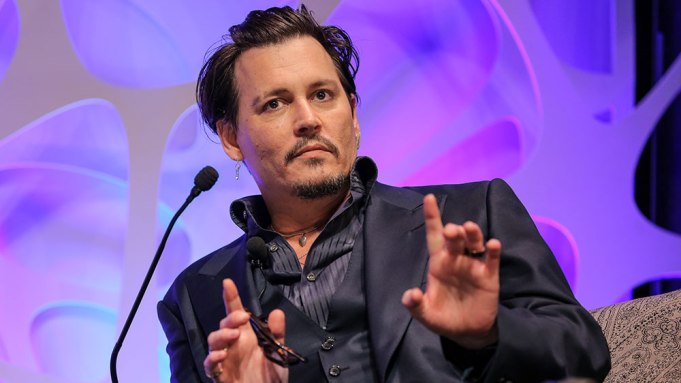 Johnny Depp may have portrayed Donald Trump in a long Funny or Die spoof recently, but he’s not done talking about the Republican presidential frontrunner yet.

The actor called Trump a “brat” while speaking to students at Arizona State University on Saturday. In a conversation with Arizona State’s Origins Project founder Lawrence Krauss, originally about “humanity in madness,” Depp revealed his feelings on the politician.

“It’s not just about being a rich kid or anything like that. I approached Donald Trump as what you kind of see in him when you really watch him. There’s a pretense. There’s something created about him in the sense of bullydom. But what he is, I believe, is a brat,” said Depp, drawing laughs from the audience. He went on to bring out his Trump impression.

“Also the absurdity of where his sentences might travel. … Reagan back in the day, ‘Mr. Gorbachev, tear down that wall!’ Donald Trump, ‘I’m going to build a wall. And all of my billions are not going to have to pay for it. Because you know why? Mexico is going to pay for it,'” Depp added.

Depp is hardly the only celebrity to come out against Trump. Earlier this month, Louis C.K. compared Trump to Hitler, calling the Republican candidate an “insane bigot.”

Watch a video of the event above.