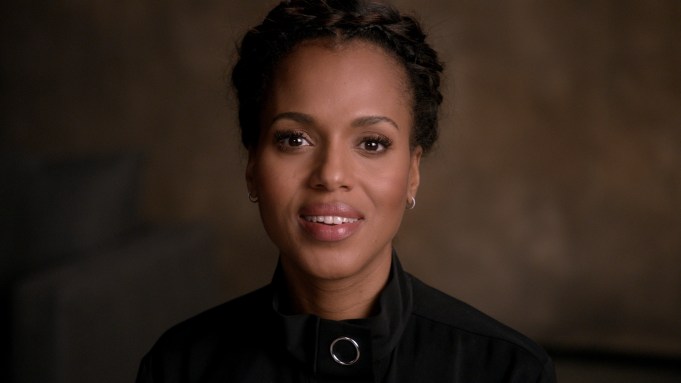 Hillary Clinton’s campaign unveiled a new commercial spot featuring Shonda Rhimes and the stars of three of her series: Ellen Pompeo (“Grey’s Anatomy”), Kerry Washington (“Scandal”) and Viola Davis (“How to Get Away With Murder”).

The campaign said that the spot, called “Real Life,” will start running this evening in states that will vote in primaries on March 15. Among the primaries that day: Florida, Ohio, Illinois.

The spot was directed by Tony Goldwyn, who plays Fitzgerald Grant on “Scandal.”

Clinton visited the set of “Scandal” in her most recent fundraising swing through Los Angeles last month.

“Every day I wake up and play a brilliant, complex, overqualified, get-it-done woman, who obsessively fights for justice, who cares, who gives a voice to the voiceless, who gets knocked down and always gets back up,” the actresses say. “I make television filled with the kinds of characters I imagine we all can be. Strong but flawed, human but extraordinary. Our characters are on television but the real world… The real world has Hillary Clinton.”

They add, “A bonafide, rolls up her sleeves, fights for what’s right, in it for you, won’t back down, champion for all of us. That’s why I’m with Hillary. Join us.”

An ABC spokesperson issued the following statement: “This was a paid political advertisement placed on a number of stations. Broadcasters are required by the FCC to carry these ads.”