Garry Shandling’s Longtime Brentwood Home Was for Sale Before Death 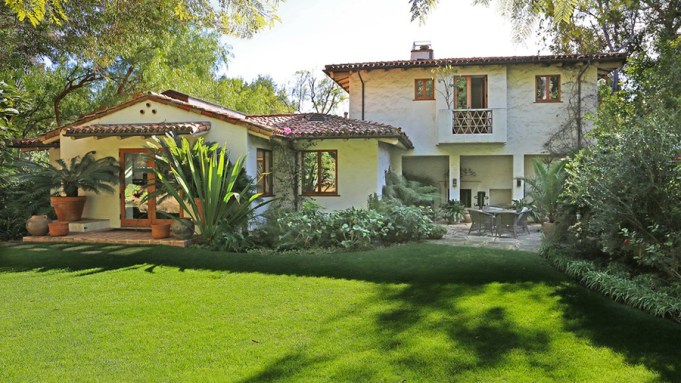 In a strange coincidence, comedian Garry Shandling died just days after he had put his longtime Brentwood house up for sale, according to sources. The one acre-plus Spanish-style estate, located in the wealthy Mandeville Canyon enclave on Los Angeles’ Westside, was available with a $13.5 million pricetag.

A 911 call was made on Thursday from the house, and Shandling was taken to a hospital where he died.

At this point it’s unclear if the property will remain available or be taken off the market. The property was being shopped as a pocket listing (a property not listed on the Multiple Listing Service) by broker Billy Rose of the Agency, who had no comment.

Property records are a bit muddled, but it appears Shandling acquired the home in the early 1990s for an unknown amount. The almost 6,100-square-foot two-story hacienda-style home, concealed behind a high wall with secured gates, is at the end of a cul-de-sac. It has a view of the ocean and city, with four bedrooms and a total of eight bathrooms.

According to the listing, a courtyard entry leads to interiors arranged around a central atrium, including a living room described as having “towering ceilings,” a formal dining room and a spacious kitchen that adjoins a family room that opens to the lushly landscaped gardens.

The house also features an office with attached bathroom and a master suite that covers the entire second floor with a ocean-view terrace, his-and-her bathrooms and walk-in closets. Outside, a terra cotta tiled patio with a kiva-style corner fireplace opens to a grassy yard with boulder-ringed lagoon-style swimming pool and tree-shaded half-court basketball court. Regulars at Shandling’s Sunday basketball games included Sarah Silverman, Kevin Nealon and David Duchovny, according to a GQ interview.

Shandling, a longtime student of Buddhism, previously owned a compact 600-square-foot cabin in Big Bear Lake, Calif., that was quietly sold in early 2014 for just $50,000. The late comedian never married and lived alone in the Brentwood house.