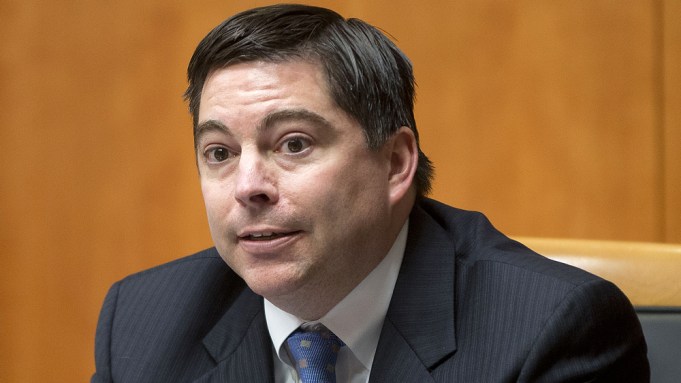 FCC Commissioner Michael O’Rielly said that a new Republican majority of the FCC should move to roll back net neutrality, the open internet rules that were put in place last year.

Appearing on C-SPAN’s “The Communications,” O’Rielly said that while he thinks net neutrality will be a “priority,” that decision “flows from the next chairperson and whatever agenda they may choose.”

President-elect Donald Trump expressed his opposition to net neutrality before commencing his campaign. The members he’s named to his transition team, to oversee communications policy, vigorously opposed the FCC’s adoption of new rules in February. The commission voted 3-2 to reclassify internet service as a Title II common carrier, the designation given to phone providers. That regulatory maneuver allowed the FCC to then adopt robust rules that ban blocking or throttling of content, or so-called paid prioritization.

O’Rielly, a Republican commissioner, said that Title II “should never have been adopted in the first place.”

“I think it is harmful policy,” he said. “I would go farther than that. I think net neutrality needs to be explored in a broader sense.”

Trump will nominate another FCC chairman or chairwoman, but Republicans are expected to take the majority on the commission before then. Last week, the Senate recessed without renominating Commissioner Jessica Rosenworcel, a Democrat, whose tenure expires at the end of December. Chairman Tom Wheeler, another Democrat, is expected to step down before Trump’s inauguration. That would leave Republicans with a 2-1 majority.

Republicans in Congress also may pursue their own net neutrality legislation that would supersede FCC action. If a Republican-led commission were to repeal net neutrality, it is likely that they would have to put such a proposal up for public comment.

O’Rielly suggested that the next commission would be looking at 30-plus items that were adopted along partisan lines, and he also called for removing the “regulatory underbrush.” In the C-SPAN interview, he criticized the current Democratic-majority led by Wheeler for shutting him and fellow Republican Ajit Pai out of the rule-making process, characterizing it as an “adversarial” relationship. O’Rielly also called for the public posting of proposed regulations that commissioners are reviewing in advance of a vote.