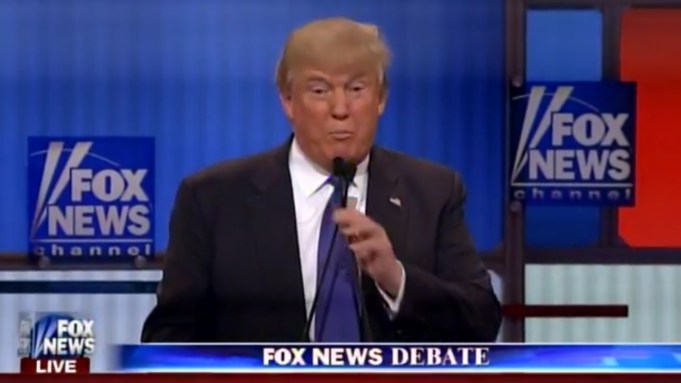 So that happened. At Thursday’s GOP Debate on Fox News, Donald Trump bragged to America and presidential candidate Marco Rubio that his manhood wasn’t a problem.

In response to a question about Mitt Romney’s critical remarks of Trump, Rubio said: “Donald has mocked everyone and has done so to people on this stage. If there’s anyone who deserved to be attacked it’s Donald Trump.”

Trump then recalled a Rubio criticism of his hands.

“Look at these hands. Are these small hands?” he asked.

“If they’re small, something else must be small,” he said, referring to his genitals. “I guarantee you there’s no problem, I guarantee you.”