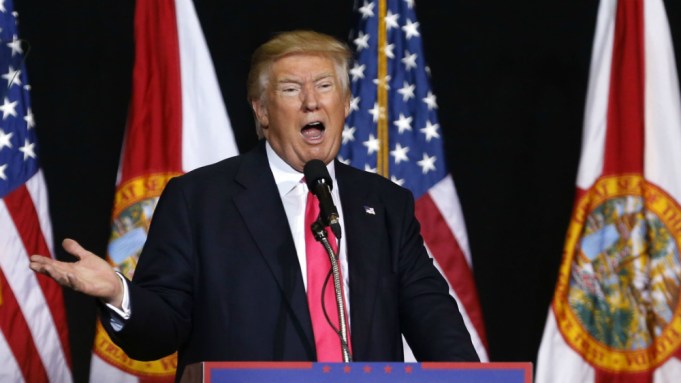 A group of documentary filmmakers is launching a new anti-Trump ad campaign, with the first TV spot running in Butler County, Ohio, on Wednesday.

The first ad, directed by Rachel Grady, features a Republican woman who says that she cannot bring herself to vote for Donald Trump. Grady’s credits include “Jesus Camp” and “Norman Lear: Just Another Version of You.” The ad will run in local spots across 11 cable networks.

The ads are sponsored by Local Voices, a Democratic SuperPAC founded by Lee Hirsch, director of the documentary “Bully.” The SuperPAC hopes to raise $5 million and create more than 50 ads to broadcast in local markets, not just in Ohio but Florida, Pennsylvania, North Carolina, Arizona, Georgia and Utah. According to its most recent Federal Election Commission filing, it had raised $75,000 from Rosemary Pritzker, a photographer and co-founder of the PAC.

The SuperPAC specializes in ads featuring personal commentaries from rural and working class voters and running them in the same areas where they were filmed.

Grady’s ad features Joan Powell, a 50-year Republican who lives in West Chester Township, who expresses concerns about Trump because “he’s name calling, he’s bullying…That’s no kind of role model for this community or in this nation.”