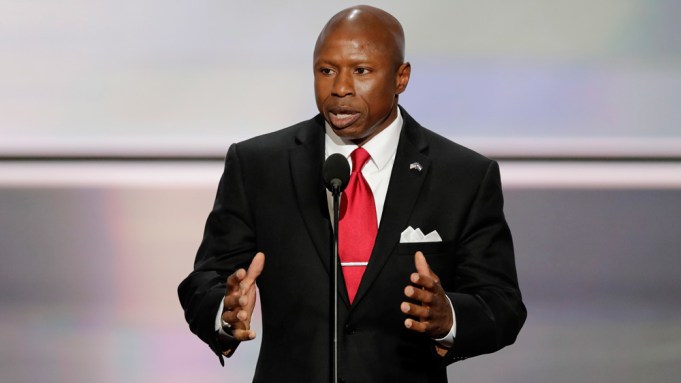 “We know she enjoys her pantsuits, but we should send her an email telling her what she deserves is a bright orange jumpsuit,” he said.

Glenn also commented on the Black Lives Matter movement, saying “Somebody with a nice tan has to say this: All lives matter,” eliciting a huge applause from the audience.

“The Democratic Party is all about handouts and after seven and a half years all we have left in our pockets is change,” he also said.”

Glenn wasn’t the only one to address Clinton’s email scandal. Senator Sean Duffy (R-Wis.) and his wife, Rachel Campos Duffy, who were both on MTV’s “The Real World,” cracked a joke about telling their children, “no private servers in the basement.”

“It would be nice to have a commander in chief who can handle classified information,” said Sen. Tom Cotton (R-Ala.).