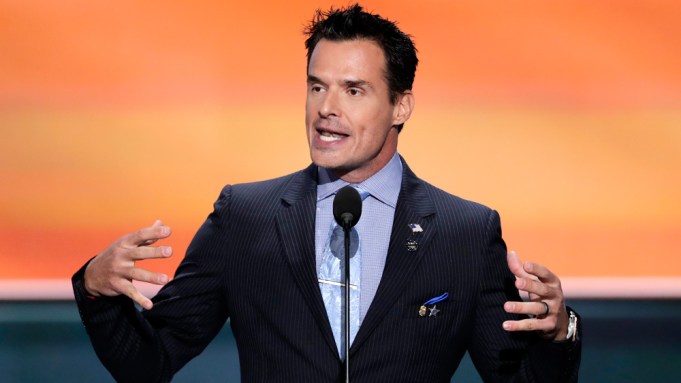 Antonio Sabato Jr. appeared at the Republican National Convention during a portion of the evening devoted to immigration — and it was for good reason.

Sabato told the arena audience that he came from Rome, Italy in 1985, and “followed all the rules” and became a naturalized citizen.

“Others who want to come here to live and work should follow the same rules,” he said in his remarks.

He said that he wasn’t a typical convention speaker but “my belief in this country and my faith in Jesus Christ have compelled me to speak now.”

Trump’s call for a border fence has triggered protests at rallies and expected demonstrations in Cleveland.

But Sabato said that “none of this is hateful. It is the responsibility of the government.”

“Donald Trump is for unity,” he concluded.