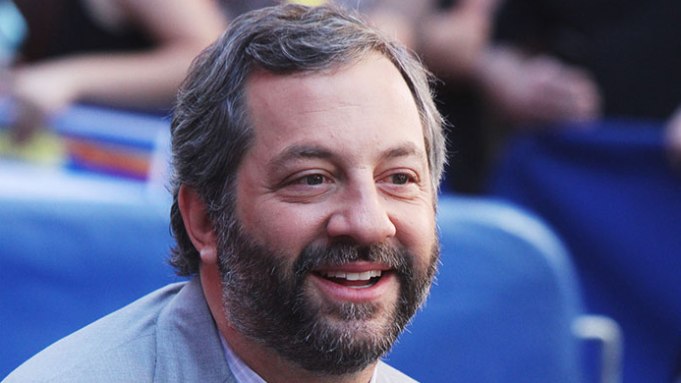 But if you’re a TV or digital media fan, you might be less likely to know who Karmel is than what he brainstormed: the “Crosswalk: The Musical” series on “The Late Late Show With James Corden” that went viral online, helping put that freshman show on the map.

For decades, latenight TV has been the driver of comedians like Karmel to their dream destiny, most famously with Johnny Carson behind the wheel. While cable and digital have put more vehicles on the road after dark, the recent turnover in hosts hasn’t necessarily opened up the fast lane for comics to stardom.

David Letterman welcomed comedians throughout his 33-year latenight run, but “The Late Show With Stephen Colbert,” which succeeded Letterman on CBS in September, didn’t have a single standup performance in its first two months. “Corden,” which supplanted Craig Ferguson’s 12:35 a.m. CBS show in March, has been slow to give comics airtime.

In general, latenight priorities have leaned toward delivering moments that people will be talking about the next day — most likely with a snippet of scripted video that will pop online, and most likely featuring the host and/or an A-list guest than an up-and-coming joke-spinner.

“I don’t think any of those big decision makers are lying in bed thinking, ‘Oh my God, it’s been six weeks since we’ve had a standup on,’ ” says Karmel, who juggles writing for “Corden” with his budding standup career that has taken him to such shows as TBS’ “Conan.”

As subversive as it can be at times, “Conan” actually qualifies as one of the more traditional venues for standup in the shifting world of latenight, which is one reason Karmel might be more likely to appear onscreen there than on the show he actually writes for. (While “Late Late” auds did get a taste of Karmel’s standup act on Sept. 15, such showcases are rare to come by.)

“Conan” supervising producer J.P. Buck, who books comics for the show after having joined Team Conan when O’Brien replaced Jay Leno on “The Tonight Show” for NBC, points out that it’s typical for shows to run a little lighter on comics when they launch.

“When we started at ‘The Tonight Show,’ we did maybe one every other week, and then it built up over the last few months,” Buck says. “And when we started here, we’ve been doing three a month to four a month at the beginning. Now, we’re really at one a week.”

Buck says “Conan” tries to “keep as broad a range of styles as possible” in choosing its comedians. But hinting at what latenight’s future would bring, “Conan” from the start encouraged comics who broke convention.

The very first standup on “Conan,” Canadian comic Jon Dore, began with what seemed a conventional routine, before he unexpectedly veered in to the world of one of his jokes — almost like a Homer Simpson dream bubble come to life. By the climax, there were actual thunder and lightning effects, with rain coming down on the stage from above, and Dore’s shirt came off to reveal a penis drawn on his chest. (It was quite a veering.)

“Once we got over here, Conan wanted to make a point of challenging what people would expect to see from late-night standup,” Buck says. “We really try to diversify styles and the way you can present comedy in a five-minute performance.”

So while the latenight landscape has hardly turned hostile to emerging comedians, the emphasis on creating viral moments keeps them scrambling for exposure — as well as the work to fund their scrambling.

Karmel’s first job after moving from Portland to Hollywood was writing for “Chelsea Lately,” which he believes left a void when it ended its seven-year run last year.

“She put like three standup comedians a night on, four nights a week,” Karmel says. “That went away. She turned a bunch of people into headliners. … She specifically, and that show in general, never really got her respect in the ways (it) should have.”

A relative newcomer like Comedy Central’s “The Nightly Show With Larry Wilmore” or a standby like HBO’s “Real Time With Bill Maher” each offers panels that sometimes feature comedians, but those shows are more inclined to seat politicians or intellectuals for whom laughs are a happy accident rather than an long-sought goal.

“Chelsea Lately” was also the only latenight show with a female host — at least until “Full Frontal With Samantha Bee” premieres on TBS in January — and offered the most hospitable environment for femme comics.

“Definitely on the panel, and in the writers room too, (there were) so many women,” Karmel recalls.

The latenight addition coming closest to filling the comedian gap, Karmel suggests, might be Comedy Central’s faux gameshow “@midnight,” which pits three different comedic personalities as its contestants. In a sense, it’s a generational evolution of “Hollywood Squares,” a place for viewers to link a face with a punchline.

Even so, something like “@midnight” exercises different muscles for a comedian than the traditional five-minute TV routine, just like the five-minute routine differs from a 20-minute club set or hourlong cable special.

“The various ways to present standup comedy are almost like different Olympic events like in a decathlon — that’s kind of how I’ve always looked at it,” Buck says. “The one thing I always try to make clear to comedians (on latenight) is that they’re coming to an artificial environment, performing for an audience that’s not there to see them, and this is the first part of the show where the host is no longer present, where the host is basically throwing it to them.

“You want to establish yourself quickly, you want to get a laugh quickly and you want to convey who you are as early as possible within that set, so that way, you have some freedom to do some things later in those five minutes.”

However the relationship between latenight TV and comedy changes, one thing remains the same. To paraphrase Dr. Seuss, a comic’s a comic, no matter how small.