Reality TV’s Future Looks A Lot Like the Past 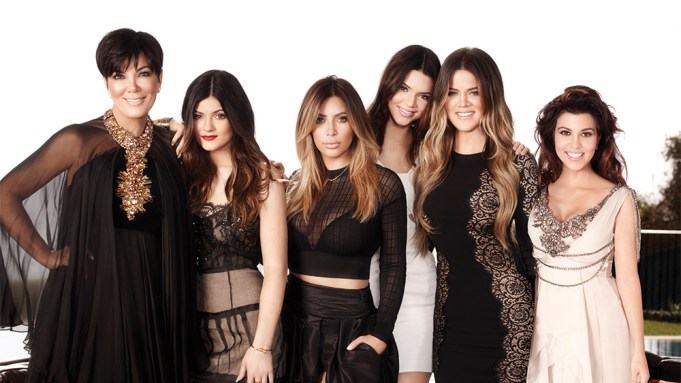 Is reality dead? Far from it.

Despite a dearth of recent breakout hits in the genre, it seems that everything old is new again — and is still working.

ABC’s “The Bachelor” is booming with an after-show for its third spinoff; “America’s Got Talent” just helped NBC win the summer season with the only double-digit numbers on broadcast television; “The Voice” anchors NBC’s fall and spring schedules and just picked up a second Emmy; “American Idol” delivers a solid audience for Fox as it heads into its 15th and final season; and CBS’ “Survivor” continues to tour the globe, having just debuted its unprecedented 31st competition.

“The original reality shows are still going very strong,” says Eden Gaha, president, unscripted television, at Endemol Shine, which is behind “The Biggest Loser,” “Big Brother” and “MasterChef,” among others. “To see those franchises continuing to evolve and reinvent themselves and find an audience is fantastic. I think when it’s time, the audience always tells you, and the numbers prove that. As producers, we must always continue to evolve our brand.”

While predicting the next big hit is an impossible task, reality TV’s producers insist the genre is in good shape, despite the various challenges TV is facing — from time-shifted viewing to increased competition from digital outlets.

“It’s very healthy (compared to) a couple of seasons ago when unscripted TV was struggling,” Gaha says.

“The content business is in a dynamic state. It’s in a state of flux,” says Chris Grant, CEO of Electus, which produces NBC’s “Running Wild With Bear Grylls” and E!’s “House of DVF.” “I think it’s easy to talk about it just being an issue of unscripted, but I think it’s an issue of content. Period.”

Alluding to reality’s boom times when anything and everything seemed to sell, giving step-cousins to C-list stars their own show, Grant says the struggle to create a fresh, massive hit shouldn’t be viewed as a sign of a declining genre.

He adds, “Over this past summer, we’ve seen a lot of unscripted content do well — has it done what ‘Empire’ did? No. We have not had that for a while. But prior to ‘Empire,’ we had not had that in scripted for a while.”

As the industry has seen in scripted TV, a reality show doesn’t need to generate massive ratings to be considered a success. Endemol Shine’s “The Island” on NBC is looking toward a second-season renewal, even though season one averaged a 1.1 rating in the 18-49 demo and 3.5 million viewers in same-day ratings.

Gaha believes the show is symbolic of a new trend toward “self-shot unscripted television,” which lends a feeling of authenticity and relatability to a genre often accused of being less than real. “There isn’t a single person who isn’t walking around with a camera in their hands by way of their phone,” Gaha says.

NBC prez of alternative and late-night programming Paul Telegdy adds that “The Island” worked because it blurred programming lines as a broadcast example of the survivalist trend and type of production that has worked well on cable (see: Discovery’s “Naked and Afraid”). The competition series’ host may have had something to do with the number of eyeballs on the survival series, too: Bear Grylls is a notable name.

Though this summer saw the quick flameout of Fox’s Ryan Seacrest-hosted “Knock Knock,” an alternative agent tells Variety that with so much competitive content, big talent is more important than ever when pitching a project because self-marketable A-listers can potentially save networks marketing dollars.

And yet the somewhat disappointing ratings for “Cait” suggest that a certain brand of reality may have reached its peak. NBC has already placed its bet that the next wave in reality won’t be an evolution of the docu-style genre, but rather big, splashy live event fare.

“A docuseries doesn’t seem special because I think the world is tired of it,” Telegdy says. “Programming needs to feel like a timely event, as viewers have many choices and loaded DVRs.”

Instead, Telegdy and his team are looking to build on the success of “The Voice,” “America’s Got Talent” and “American Ninja Warrior” with more family-friendly shows that boast a can’t-miss-it quality. Enter Neil Patrick Harris and his revamped variety show “Best Time Ever,” which Telegdy says is already winning its way into viewers’ hearts (the ratings actually went up in week two).

“When you look at Twitter, they’re telling you what they felt, which is that you just sat through a highly energetic hour of television,” Telegdy says, noting that social-media buzz has become an important factor in evaluating a show’s success. The instant reactions help networks identify which shows look DVR-proof.

It also underscores the ways reality TV can help bring people together, whether that means a family sits down to watch, colleagues catch up over a watercooler or friends connect via the internet.

“Time together feels incredibly precious,” Telegdy says. “Time together (can now be) defined by you and your mate hundreds of miles away chatting it up about watching the same show.

“In some ways, NBC is like 1945 — we’re creating the impression that you come together around things that resonate,” Telegdy adds. “Our shows feel like a part of the fabric of the day, so that when someone is stirring a pot with half an eye on the pot and the other on the kids doing their homework, that show is on.”

Asked to take a crack at predicting the next big trend, Grant allows, “I don’t know the trend, but it’s going to be a show that figures out how to bring people together, using the devices of the modern era. That’s the icing that will be needed to make our cake. It’s just a question of what type of show that’s going to be.”

Like Telegdy, Gaha sees the future as a reflection of the past. “There’s been a swing back to a more traditional sense with the live variety show and game shows,” he says, bringing up “Celebrity Family Feud,” another new summer success with an established concept and a known name in Steve Harvey.

“The goal for us as producers is to really bring the family back together around the TV. We experienced that in a big way for ‘MasterChef Junior,’” Gaha says. “It’s a multi-generational show. The things that galvanize family are the large, broad things — cooking, weight loss, games we can play along together.”

Whether ideas are new or old, there’s no denying that reality is occupying much successful space on TV.

“People say the genre is dying, but we’ve done 90 original hours of ‘The Voice’ per year,” Telegdy says. “That’s like four sitcoms in one show.”

But in a season that’s about to bid adieu to the once-unstoppable “Idol,” a serious question looms on the horizon. What happens when the top performing veterans disappear?

Well, as Telegdy says: “Things take a little while. It’s like a Tetris puzzle.”