‘Zoo’ on CBS Hopes to Make the Fans ‘Fear Their Schnauzers’ 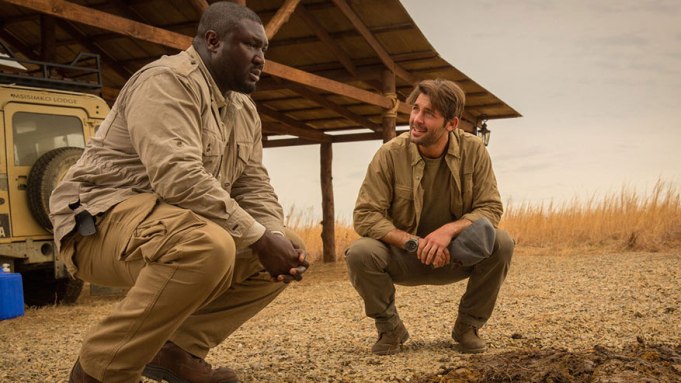 CBS’ summer thriller series “Zoo” could be something the family can watch together — well, most of the family.

“We really want the whole world to fear their schnauzers,” executive producer Scott Rosenberg said of the adaptation of James Patterson’s novel about what happens when animals turn the tables on the humans who have hunted, trapped and terrorized them for centuries.

#Zoo's @JPFringe says it's "The Birds," but with the entire animal kingdom.

Rosenberg was speaking during the 13-episode series preview panel on May 18 at the London Hotel as part of studio CBS Television’s summer press day.

Much of the series opted for live animals on set instead instead of CGI. This took some getting used to for actors like Nonso Anozie, one of the series’ stars and also one who wouldn’t describe himself as an animal lover.

#Zoo's @NonsoAnozie got a "baptism by fire" when he showed up on set and saw real lions.

James Wolk added that, although he does have a dog, he was “as comfortable as you can feel around an 800-pound grizzly bear.” Scary factor aside, Nora Arnezeder pointed out another drawback of working with live animals: surprise naptimes on set.

Nora Arnezeder: Sometimes (the animals) will fall asleep during a scene … #Zoo

Anozie, Wolk and Arnezeder all play characters who appear on Patterson’s thriller, but executive producer Jeff Pinkner stressed that this is an ensemble show with Kristen Connolly and Billy Burke playing new characters.

The event series was first thought to be a film in the vein of “Containment” and “District 9,” but that doesn’t mean it could only be a one-and-done airing.