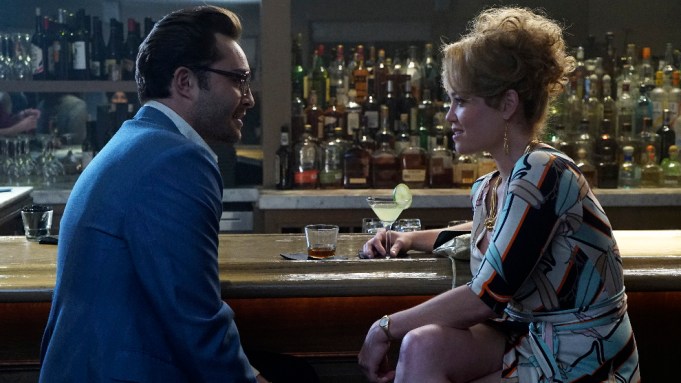 ABC is going to the dark side with the ’80s drama “Wicked City,” which debuts Tuesday night.

Ed Westwick, who stars as a creepily charming serial killer, says, “He appears to be very genuine when he has this compassionate, sensitive side,” when asked if his character Kent has any redeeming qualities.

Teasing one of his complex relationships on the Tuesday night series, Westwick, who rose to fame playing Chuck Bass on the CW’s “Gossip Girl,” adds, “I would argue that there’s something very intriguing about the relationship with the neighbor’s daughter.”

Westwick said he was drawn to the show’s setting and the multi-faceted role when reading the script. “The year of 1982 on the Sunset Strip — the sex, drugs, and rock and roll atmosphere, it sounded pretty cool, to be honest,” he says in the video. “And then, to play the character that I’m playing, I get to be a chameleon. This guy really becomes so many different people. What’s interesting is he has this side that you don’t expect to see.”

“Parenthood” alum Erika Christensen, who plays a single mother and nurse who becomes involved with Kent (Westwick), agrees that his polarizing character has more qualities than meet the eye. “I think it’s actually a really sweet relationship,” she says of their on-screen romance, which is described as a Bonnie and Clyde type of pairing. “They find that they can be themselves with each other. We’re going to find out who those real selves are.”

Still, Christensen brings up the question, “What would happen to you and your life if you fell hard for someone who is really dangerous?”

Though “Wicked City” has already evoked criticism for the explicit nature and crimes against women, the cast insists the content is not gratuitous.

“It will get dark — it’s not going to be shock-value kind of murders,” says Jeremy Sisto, who plays a detective trying to identify the mass murderer on the Strip. “It is these characters. You’re following these characters from the beginning and we’re not kind of hiding who they are so you get to come along on the ride of watching who these people are.” He also offers, “I think audiences are going to be surprised on how much they get behind these killers at times.”

Gabriel Luna, who plays Sisto’s police partner, chimes in on the same note. “Even though he’s a monster, … Ed is somehow the protagonist so in a way, we’re there to kind of break up the party and no one wants to see that.”

Taissa Farmiga, who’s appeared in other scary shows as a former “American Horror Story” cast member, plays a young journalist who crosses paths with Kent. Like her co-stars, Farmiga also believes that audiences may warm up to him, even though they know he’s a murderer.

“You get to see the killers in their personal time and their personal life,” she says. “You don’t just see the bad guy as a bad guy because the cop tells you to. You have your own opinion of these people, and maybe you’ll fall in love with the killer because he’s not a bad guy.”