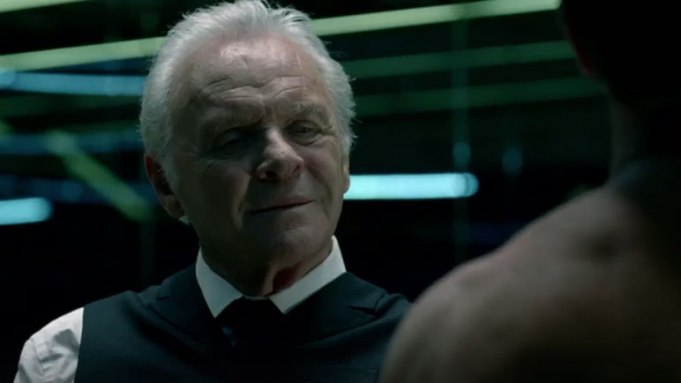 The first teaser for HBO’s “Westworld” is a mere 30 seconds, but it manages to pack in plenty of weird happenings.

The sci-fi Western, based on Michael Crichton’s 1973 movie of the same name, aired its first footage during the season 2 finale of “True Detective.”

“Have you ever questioned the nature of your reality?” a voiceover asks Evan Rachel Wood’s character Dolores, who seems to be in a dream.

With the series described as “a dark odyssey about the dawn of artificial consciousness and the future of sin,” the film took place in a futuristic theme park in which a malfunction caused robots to wreak havoc on guests. HBO ordered “Westworld” to series last November.