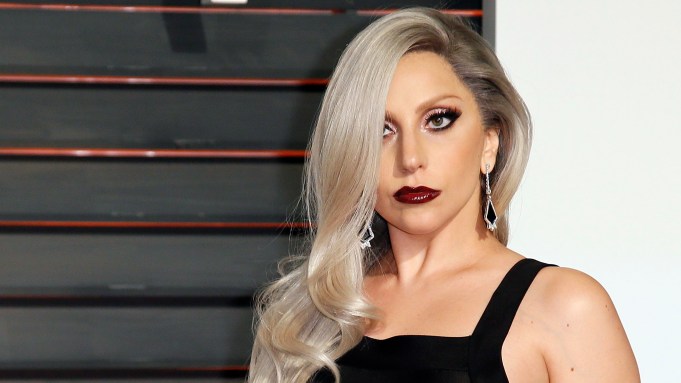 We’re finally getting our first glimpse of Lady Gaga on “American Horror Story: Hotel” — at least, her hand.

In the 10-second teaser released by FX Networks on Monday, Gaga’s silver, long-nailed hand is shown ringing the bell at the check-in desk, giving the first clues into her character.

Just yesterday at Comic-Con in San Diego, “American Horror Story” creator Ryan Murphy revealed details about the new season and the superstar’s role, confirming that she will play one of the bad guys. “She said, ‘I want to be evil,’” Murphy recalled of his first meeting with Gaga. “I said, ‘You came to the right place.’”

As seen in the video released today, Murphy also teased Gaga’s over-the-top “Hotel” appearance during Sunday’s panel, saying, “When you work with someone like her, you sign up for something that is larger than life, and I think that’s what you want. Part of her role involves fashion. You want Lady Gaga to look a certain way. The designers have been coming out of the woodwork with looks for her.”

Murphy also shared that Gaga reached out herself, expressing her interest to be part of “AHS” because she’s such a big fan. “The best call ever is ‘Please wait for Gaga,'” he joked.

Other than Gaga, the new season will see some familiar faces, Murphy shared at Con. “Things are connected,” he said. “This season, you’ll see more and more and more of that. Characters from previous seasons will come check into the hotel.”